Are You Still Out There?

My last post was a looong time ago in the grand scheme of Blog schedules. But I have an excuse or two or three.
Yes, we did leave to go see the elk and I will post a few of those photos on my outdoor blog "Room Without Walls" but first I want to explain why there are so few photos.
We left on a Tuesday two weeks ago.  The trip up was uneventful in that the traffic got less heavy as we headed for state roads far from cities.  There was one enormous truckers intersection that was a nest of signs and turns, but we managed to navigate and head on further north to the elk preserve. 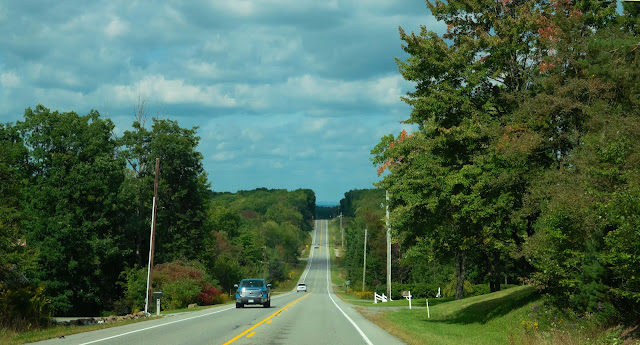 We checked into a traditional hotel that was about 20 minutes outside the preserve.
This area wild area produced some of the best ships masts from the white pine forests in the logging area of the preserve back in the 1800s.  Pennsylvania has a 2.2 million acre forest system.  Twenty state forests are located here and comprise 13 percent of the total forest land.  No wonder it was called Pennsylvania.  There are areas where you can do any number of outdoor activities.
We checked into a traditional hotel that was about 20 minutes outside the preserve.  Various state parks intersected and crossed and wound up and down the sides of hills making the preserved area confusing to navigate and signs were sparse and hard to see but we made it up to the elk visitor center as did about 80 other old-timers like us.  We could hear the elk calling and it was dramatic and heart-stopping as dusk crept up, but the crowds got too large and we decided to find another lookout.  We left too early as we heard that several large bull elk had finally emerged into the open area to test their testosterone. 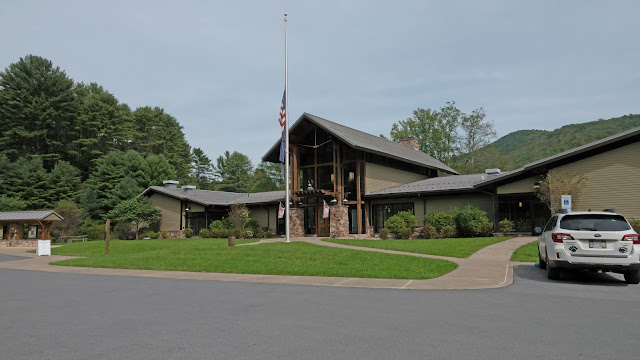 We later did see some of the smaller elk, but tired from the drive headed back to our hotel to venture out with fresher energy the next day.  That evening I had acid reflux or some indigestion (thinking it was from a fresh lemon gin and tonic I had the night before) and tried to sleep.  I woke up unrested but we headed out to explore and my acid reflux weakened.  By mid-afternoon, I felt weaker and somewhat feverish and not even in the mood for a rather over-heavy country dinner that we got at a local woodland restaurant.  I coughed all that night.
In the morning I realized I was sick and took a COVID test from the kit I had packed in my suitcase a long time ago.  Yes, I was positive!  We threw our clothes into the suitcase and checked out a day early telling them that I was COVID positive.  Hubby was feeling fine and had no problem heading home.
Sadly his old Chevy had been acting up and the dash lights and gages went blank when we were about 200 miles from home.  We had filled up on gasoline the night before, so knew we could make it the whole way.
It never rains but pours when things go wrong.  We are weathered warriors and kept our minds focused.
By the time we made it home, I collapsed in the upstairs bedroom with medicines and water and was in a fog for the next five days.  On the sixth day, I got my first negative test and went for a walk along the neighborhood on a beautiful fall day, and while feeling weak, it was the first day I did not feel shortness of breath.  I never had chest congestion, so was surprised when I would get out of breath going upstairs or across the room!  I picked some soft wild persimmons that grew along the drive and washed them and ate one small one.  Hubby was starting his illness by this time.
In a few hours, I found that my pants felt unbearably tight even though I was wearing elastic pants.  By mid-afternoon, I was in extreme abdominal pain.  It felt as if my diaphragm was being pushed into my chest and stretching unbearably tight.  I had never felt this before.  In an hour I got up and emptied the contents of my stomach (only some pinkish liquid and acid) and projectile vomited for a bit.  What on earth??  Then the next morning, I felt fine and realized that it was the wild persimmon that had caused that incident because that was really the only thing I had eaten.!  I have no idea why as I had eaten them before!  Hubby was ready to take me to the hospital, but I fought it because we both had COVID!
Then he got sick and was bedridden for days, and is still testing positive but hs more energy.  Of course, it did not help that the remains of Ian came through with 40 MPH wind and rain and we lost electricity several times last night.  Our new generator kicks in right away, even though it does not run the whole house.  Waiting for the 6ht or 7th shoe to drop.
Posted by Tabor on Saturday, October 01, 2022