Hubby got an email the other day from someone he had never met.  She was the niece of a research scientist that he had gone to school with many decades ago.  She was doing some historic exploration on her uncle, but not because he had passed away recently.  He had died a long time ago and she wanted to know more about him.  This uncle had taken a night dive off the coast of Oahu back in the 1970s and was never heard from again.  Some surmised that he had been taken by a tiger shark that had been cruising the area, but since he had had a diving partner who also never returned, there were other guesses of an accident and perhaps heavy currents.


I used to S.C.U.B.A. dive fairly often when I lived in the South Pacific, and I have posted on this time in my life earlier in this blog.  I look back on those years as if I was some other woman, because I never got out of the water until my tank was nearing empty; I was fearless.  Over the years, I preferred snorkeling, because there was more flora and fauna in the less than 30 feet water.  It was a wonderful time in my life.  We were young, just married, in good health, and the cost of diving, since we had just purchased a small outboard motor boat, was easy to swallow, as was the ability to enjoy the remote beaches sans clothing.  I should tuck a story or two away for my grandchildren to read someday so that they can think Grandma was just a little fascinating and not always a boring old lady sitting at home, because this was where my love affair with the earth kicked into high gear.


I remember seeing small sharks (3 to 5 feet long) at the edge of reefs on half of those diving days.  They ignored us and we just kept an eye on their distance and dorsal fin to check their mood as we cruised looking for interesting stuff.  (A dorsal fin is like the hair on the back of a dog.) 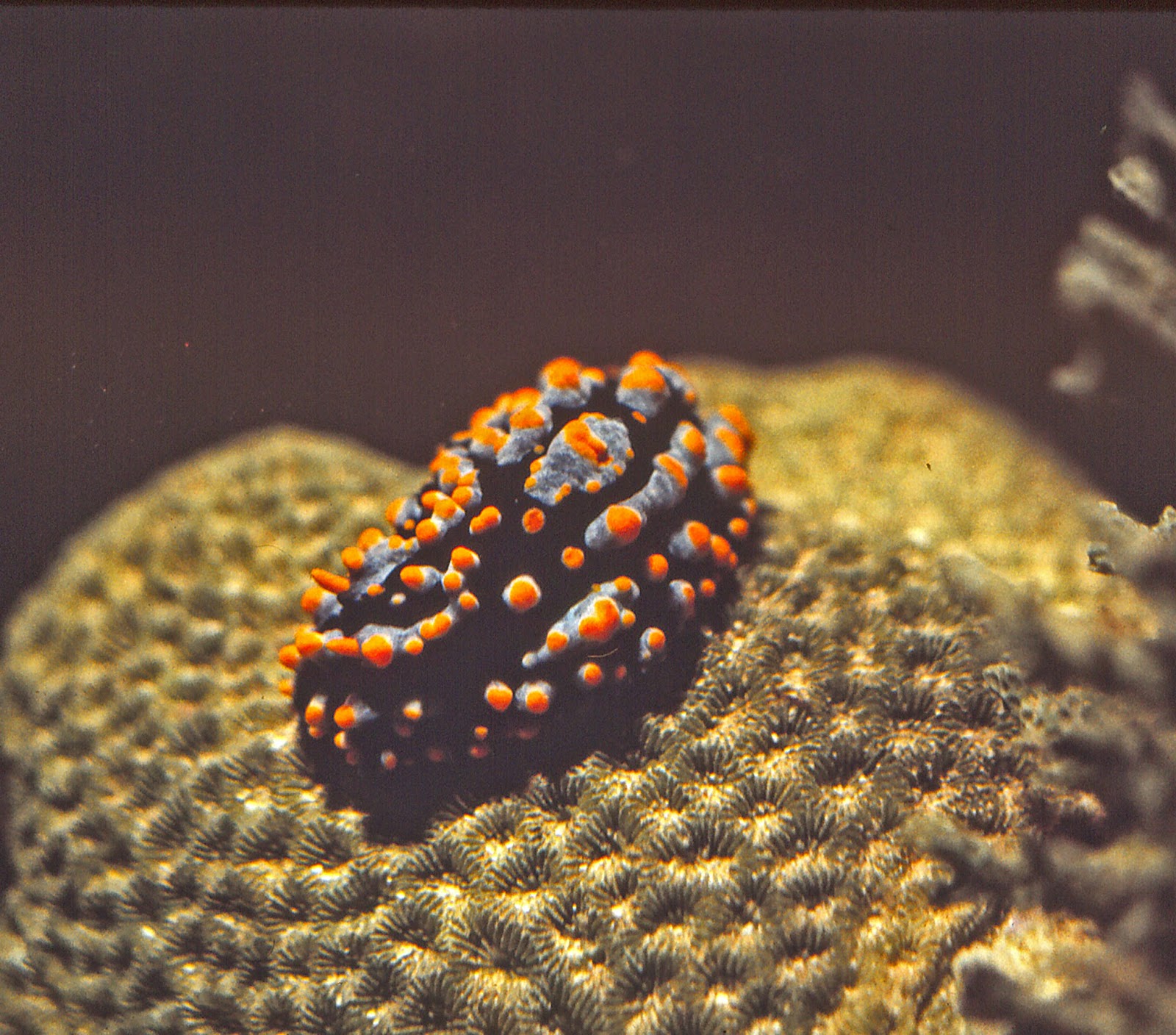 I digress.  Getting back to Hubby's email, Hubby thought back over his relationship with this former colleague and said he remembered that the guy was super-focused on his work which was to research cave fish that came out only at night, and therefore he had to do a lot of night diving before his grant money ran out.  There are always those that take dangerous chances for their passion and sometimes inadvertently give their life.  In spite of what conservatives like to tell you, scientists are like policemen, teachers, journalists, doctors, nurses, parents etc. They feel their work is important even if it revolves around cave fish, they do like their work, and they are as honest or dishonest as the next guy.  The huge majority of scientists are truly focused on finding the facts, taking that chance and making the world a better place with their discoveries, not on beating a drum for a preconceived agenda, or doctoring results so that they can get that pittance of a grant that barely pays for the boat fuel once a graduate student's salary is paid and lab materials are purchased.

I have worked very briefly on a committee reading and reviewing grant applications, and politics never came into the discussion on whether a grant should be awarded.  It was always whether the grant was well thought out, well written, had an accurate budget, fit the discovery of the granting institution and of compelling interest to the citizens. There were always many more grant applications than money to grant.  Scientists and their assistants spend much time writing even while researching and many good applications fall by the wayside.  Regardless of who gets the money the search for INFORMATION is the key.  (In this cave arena information involves bacteria that may have applications in cancer research, data showing changes and evolution in species adapting to environmental change, etc.)

There was a recent bill passed in the House of Congress (H.R. 1422--little chance of it ever being moved and signed but let's continue to waste the taxpayers dime) that has restricted independently funded scientific environmental experts from being appointed to boards of the EPA, because Congress feels these scientific experts "have an agenda."   It also restricts scientists that get grants from EPA to serve on the boards; I am assuming that Congress feels their results will be questionable as well.  The same bill makes it easier for petrochemical scientists to be on the boards of EPA though, because this will erase any "appearance of impropriety".  Pretend that someone who studies viruses finds that his data foretells a preventable epidemic and he gets his funding from NHS, but he must pretty much keep from talking to the primary institution and hope they read it and grasp its importance.. but those who could take action on it are well informed by pharmaceutical companies that have a new weapon against this self-same virus. (Can you tell I am furious with this ignorance or actually the greed of self-serving politicians?)

Research scientists that work for universities and the government are not the ones bringing down big salaries and making money off of polluting the air and the water and causing this documented increase in small earthquakes near fracking sites or the tremendous increase in carbon dioxide being now held in ocean waters---soon to reach its limit.  Yes, it will cost you and me money to breathe clean air and drink clean water and stem the tide of the rising oceans and mitigate the long droughts.  But at what price is a healthy world?  Although in reality it is too late to prevent some of this---islands and low lying parts of countries are going to go underwater and we will have waves of refugees leaving their sunken land in coming decades.  (A glacier recently calved a piece of ice the size of lower Manhattan and three miles wide!.)

As an aside, in my research, the FBI website lists eco-terrorists as more active in this country in causing havoc than ISIS.  I am NOT advocating that!

By the way, neither political party gets even a B from me on their environmental report cards. And sadly I think most people do not seem to care what kind of world the meek will inherit much less what they leave their grandchildren because many of faith in Congress leave it all up to God and those of money know they can build their castle high on a hill in a better climate.  I think Sophocles wrote, "No good e'er comes of leisure purposeless; And heaven ne’er helps the men who will not act."
Posted by Tabor on Monday, January 19, 2015 17 comments: