Is That a Light I see? 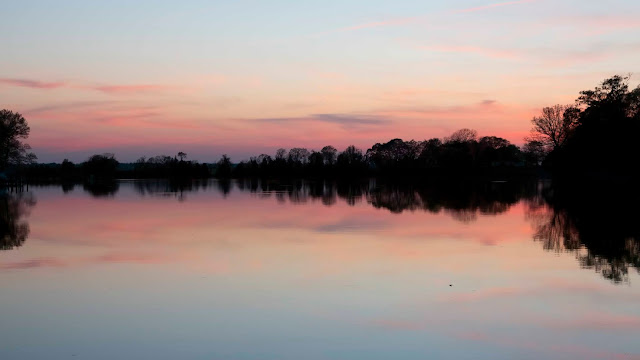 "Kontorovich told me. “Patients had been told symptoms were in their head or purely due to anxiety.” Her patients epitomize the kind whom the medical system frequently fails—by contesting the reality of their illness, sending them from specialist to specialist, loading them up with drugs without getting to the root cause."
The above was taken from a long article in The Atlantic about long-haul patients who have had COVID.  The patients vary in that many may have had a few days of illness while others were hospitalized and they are also varied in their normal health and exercise routines prior to COVID.  They got well and then they got heart and breathing and oxygen symptoms days, weeks, or months later.
My search for a cause and end to the coughing also sent me on that endless experimental trial of medicines of all types.  Side-effects were sometimes scary.  The medical community wants clear results and they get lazy or impatient when the things they have successfully tried for years fail to work on a patient.  They wonder if you are just one of those old ladies who wants attention.  "According to experts, the prevalence of hypochondria ranges from 4 percent to 7 percent in the general population, affecting both men and women equally."  So I guess if you fail to find a solution for 4 out of every 100 hundred patients, you must assume they are psychologically ill or very lonely.
My most recent doctor diagnosed Silent Gerd.  She put me on a 'proton pump inhibitor' pill which inhibits my stomach from producing acid.  She added a cough suppressant pill that I took three times a day.  After a week of this pharmaceutical diet, I documented on paper that my cough continued intensively 12 to 15 times during the day, interrupting my cooking, gardening, movie watching.  It followed with runny sinuses and never being far from a box of tissues.  I would get attacks three to four times at night waking me.  The acid reducer gave me severe diarrhea and the doctor allowed me to cut it in half and told me to go off the cough suppressant since it was not working.
After a week of exhaustion, I decided I was going to take Sominex (an over-the-counter sleep aid) and try to sleep through the night.  The first night I took it I slept like a log!  Waking not once.  The next day I had NO coughing all day.  I continued the medication but also took one Sominex for several nights after that and the coughing totally disappeared!  Sudden onset of normality?  I have stopped the Sominex and find I am sleeping reasonably well and not waking with coughing spells at all.  I go through the day and have regained better breathing (I sometimes had shortness of breath) .  My doctor will assume it is her prescriptions...but such a sudden switch after about 5 or 6 days of taking the medicine makes me wonder.  Shouldn't there have been tapering off?
And like every other hypochondriac, after reading the Atlantic article I wonder if I had contracted COVID?  I never have been tested for it.
All I know is that I am returning to normal and looking forward to a family weekend with my children and grandchildren in two week.  Everyone here in the state (with a brain) is being vaccinated and our infection rates are dropping dramatically.  I see a light at the end of the tunnel.
Posted by Tabor on Monday, April 26, 2021 18 comments:

Singing on a Train....Wait for it.

I  have been busy and not busy.  I have been here and there.  Blogging has not been something that called to me or fulfilled me.
My two-shot  vaccine regimen has been completed and I have been able to  hug my grandchildren, something that is unmeasurable in its pleasure.   All five of them caught Covid in their bubble while being social, but it was only a few days long  and they survived the worst.
I was able to visit my oldest grandson on his 16th birthday.  He is a  handsome, tall and a thin nerdy boy with so much hair there must be birds who crave to nest on his head.  I hugged and ran my hands over his thin and boney shoulders and down his strong but lean back,  Then I hugged my granddaughter who is built like a draft horse and could lift the back of a car.  She has a strong and lovely body and will fight weight gain in  her  mid-life years, but her cheer activities have kept her healthy.  She was sharp and lacked patience as a child, but has evolved into a loving person as a 13-year-old.  My youngest, a boy at 10, is still evolving,  but his hug was free and honest.  He will  be the handsome  and  popular young man  in  college and will probably date the prom Queen who will break his heart and make him stronger to face life's twists and turns.
I have still failed to conquer my chronic cough which has made me hopeful and then depressed with each new attempt at treatment.  My allergist finally sent me for a C-Scan which he said revealed an infection in the lining of the sinus cavities under my eyes. He sent me to a well-respected ENT surgeon in the city.  I was nervous to meet with her, not for the illness, but because I had  to get there on time!  My husband and I Ubered after spending the night at my daughter's.  The ENT surgeon was nice and kind and told me her 'friend" my allergist was wrong after looking at my scans.  She ran another camera down my nose and into my throat (after an anesthetic spray) and said she saw swelling at the part of my throat where I swallow.  NO surprise to me as I  have a coughing/gagging spell every 1 to 2 hours day and night!  She diagnosed what she called  "silent acid reflux".  I was eager to accept this as I had feared surgery of some unnatural order.
I am  now on another set of drugs and waiting to see if  this will help.  But I am  afraid of the diet restrictions on the list she gave me.  It seems all I can eat is oatmeal and meat....!  This dance will be  difficult and I do not believe I will be successful!
Spring is here in all its full glory.  Warmer weather interrupted by rains is ahead.  I have planted my annual seedlings.
My son and his wife visited last week now that we have our shots.  They have not caught Covid nor have any vaccines.  They are now registered and since our state is wide-open I am hoping for a perfect family gathering the first of May.  I love all of my family and feel blessed for that.
It has been a difficult year and I wish all of you the strength that it takes to get through it.  You are all precious souls and need to be here for the rest of  us!
For some wonderful German mind engineering go to the link below"
Wait for the ad to see.
Posted by Tabor on Wednesday, April 07, 2021 19 comments: