The Dog Ate My Homework

Certainly one of my least liked chores, and my weakest skill, although I can talk the leg off a dead horse, is asking for people to volunteer their time.  My work for political parties is non-existent because of that lack of talent.  Anyway, I have had to step up to the plate and get more volunteers to help us work in our children's garden during the upcoming hot summer months, especially while we are on travel (more about that in another post). 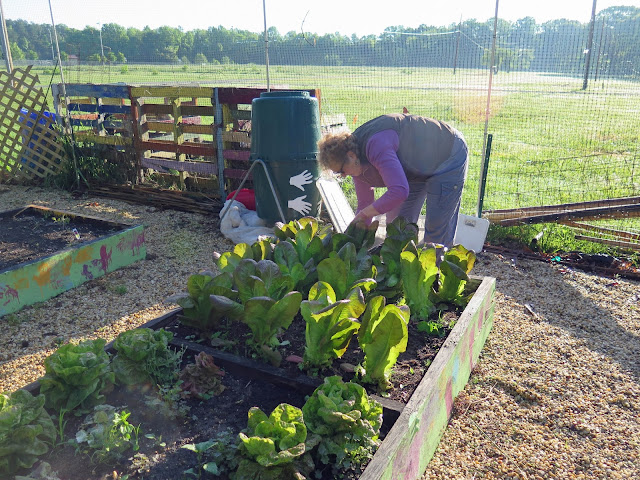 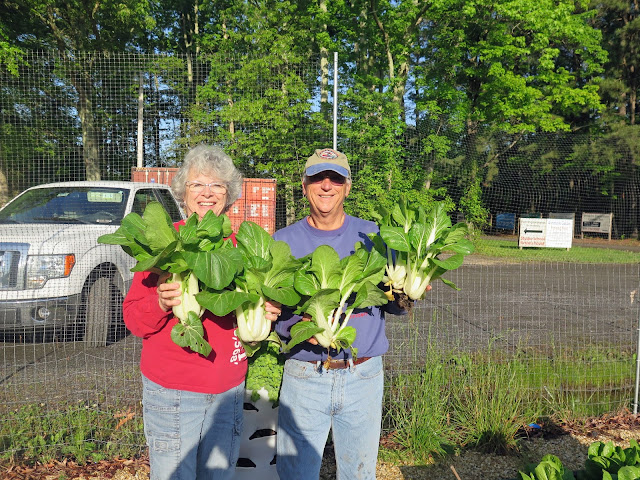 I got the following excuses for why people were absent from helping in May and June:

My daughter had a premature baby and her daughter-in-law who was going to help got Mersa in the hospital while visiting.

I am helping my son move to Kentucky.

I am moving my husband into a nursing home.

I have been sick with Pneumonia the last two weeks and am now heading out for Italy.

I am having a growth removed from my face.  (We later learned it was cancerous.)

My work schedule is such that I am now on-call seven days a week and do not know when I have free time.

I will be away on my sailboat all of June.

These are all valid and honest excuses and probably not atypical for our group of retired, old, farts.  Looks like I will have to put in more hours for a while. 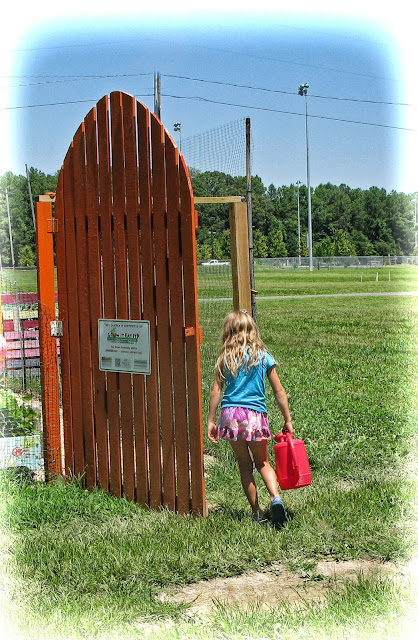 On a lighter note you can go here for our weather report.

Keeping Up with Mr. and Mrs. Jones


Got this in the mail the other day.  I am invited to participate in a program where "Your neighbor is already helping."  Nothing like pushing me to keep up with the Jones family.  AND the Jones family is "helping" give "energy" a break, so should not I?   I actually think I may have one of their recycle gizmos on the electric box outside, but since it is early in the morning and still dark, I will have to wait to see!

Written so that we feel concern for the poor electric company (!).  As global warming (climate change), whatever, is making summers hotter and longer, the consumer's demand for energy is not being met (?).  I live within a few miles of a nuclear power plant and a liquid energy depot and they want me to accept automatic brown outs because the county and state taxes I pay and the monthly electric bill that I pay are not enough of a subsidy to provide energy for all of us.  I can do this by giving my AC/heat pump a "rest."   The euphemisms abound.  So, if I think I may be having a hot flash, it is just my equipment being cycled.

I am almost old enough to remember the days when electric companies wanted me to use MORE electricity so that my life would be more modern and comfortable, but that is when "housewives" wore pears and high heels and not tanks tops and shorts.  When a company wants you to buy less of their product, it is time to take notice.  Things are never as simple as they seem.  I am expecting a rise in taxes and electric bills as the strain on the utility system grows.
Posted by Tabor on Tuesday, June 07, 2016 22 comments:

This House Owns Us

It began with a small crack that ran along the base of the garage floor slab and the outside wall.  Then we noticed a hole where the slab met the entryway.  When hubby removed the brick pavers he noticed the cement apron was cracked.  Then we stuck a re-bar in the hole and found it went into an empty space that was a least one foot by one foot! 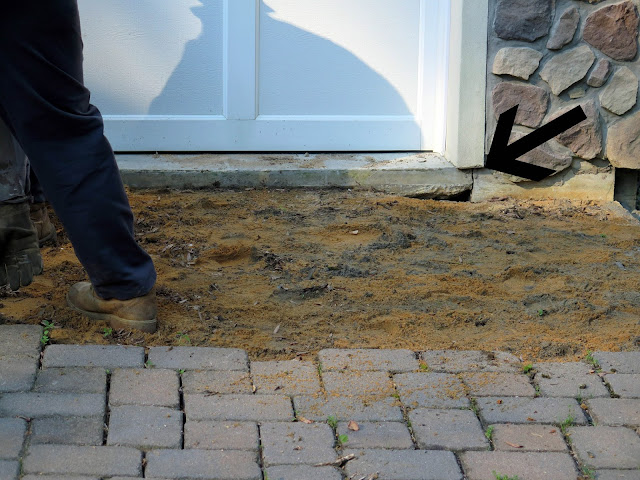 Time to call in the foundation companies of which we could only find two that would drive to our area.  They were concerned and were talking helical piers and thousands of dollars.  Time to call in the engineer at $300 a visit.  He seemed to feel the basement companies were on over kill mode and recommended removing it all and seeing what we found and probably needing to only put in a footing.  This garage sits next to a retaining wall and a slope which makes us nervous. 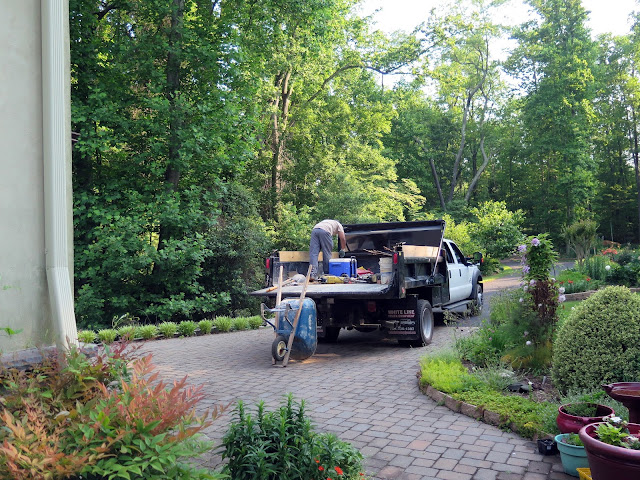 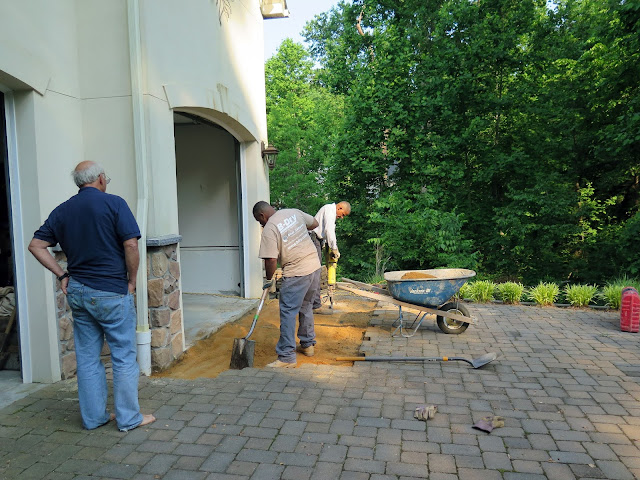 We paid for a repair plan and called in the big dogs.  They had to take a cement hammer to remove the apron and then began removing the filler sand.  We sit on a clay peninsula which meant sand was the best permeable fill to keep moisture and water away from the house.  And thus they began to remove the sand to see how big a hole was beneath the slab! 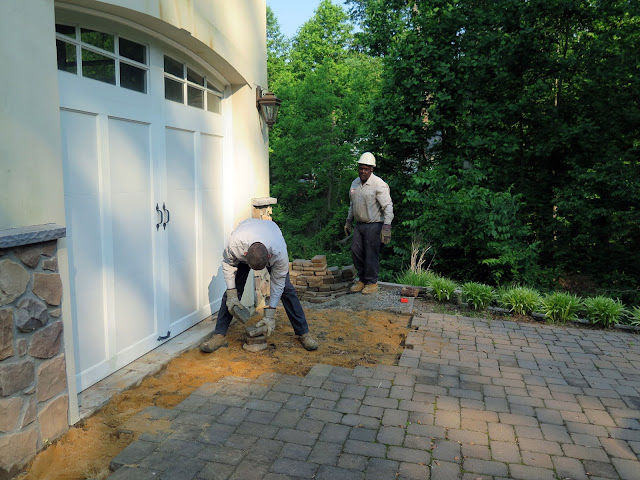 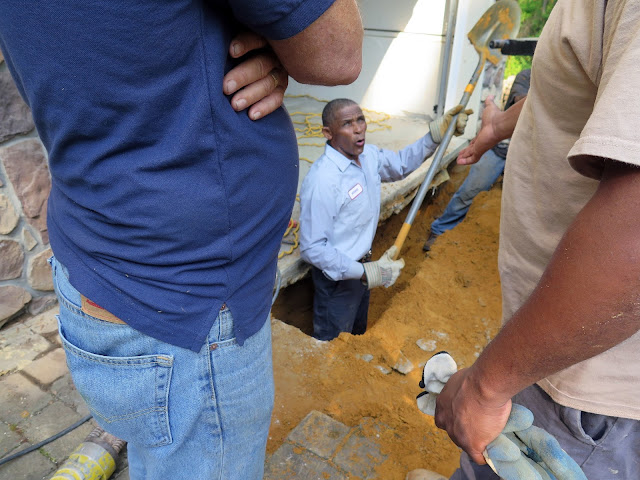 They dug a three foot deep and 1.5 foot wide trench that followed the front of the garage.  We were releaved to find the hole was only a small area where sand must have compressed.  There was no water leakage or erosion.  Thus they recommended a cement footer along the outside lip of the slab. 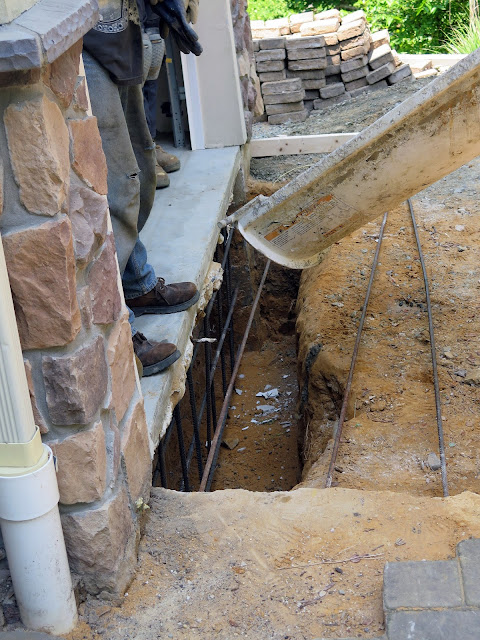 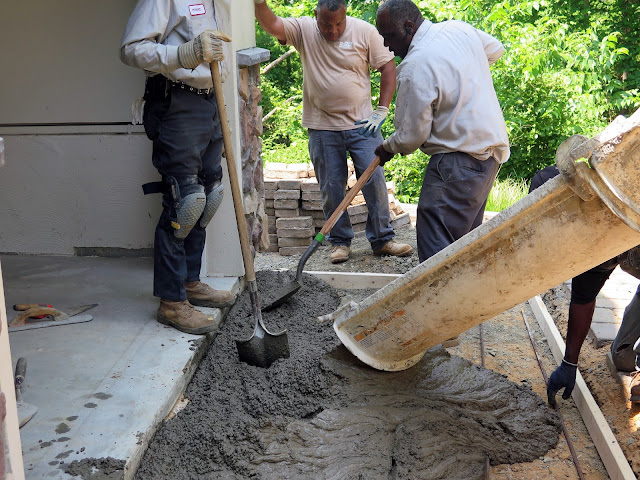 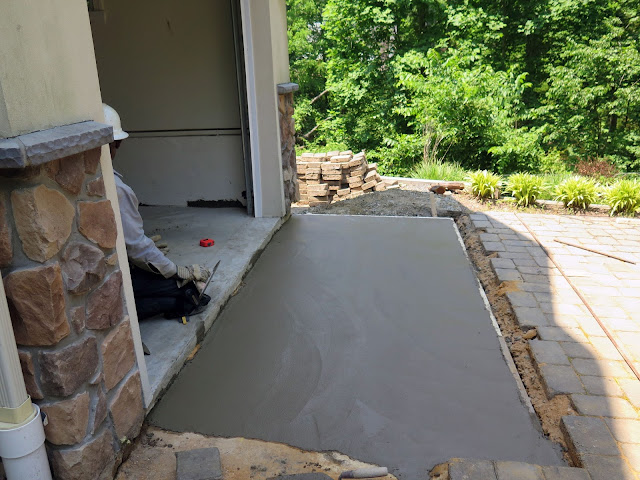 In a few days the pavers can be reinstalled and it looks as though we passed the danger zone.  Still waiting for a letter from the repair people as our house insurance has hinted we may have difficulty getting our insurance renewed in August if we do not have proof of responsible repair.  They do not pay for the repair, of course, because earth shift is not included in our policy!

This whole process has taken months to line up inspections and workers and cement trucks and then took only a day to do.  It still is going to cost thousands but not the tens of thousands that they had predicted.  We could have had some local workers do the repair at much less expense but it would have been a difficult hurdle to get the insurance company to accept that process.

This house has required a number of small repairs since it was built ten years ago and we are always looking for wall and foundation cracks and/or shifting, but it has stood the test of time thus far and we have no complaints with the builder, although he has long ago closed his company.  Now how about a photo of the front yard in all its spring glory while tucked against the surrounding woods so that we end on a happier note? 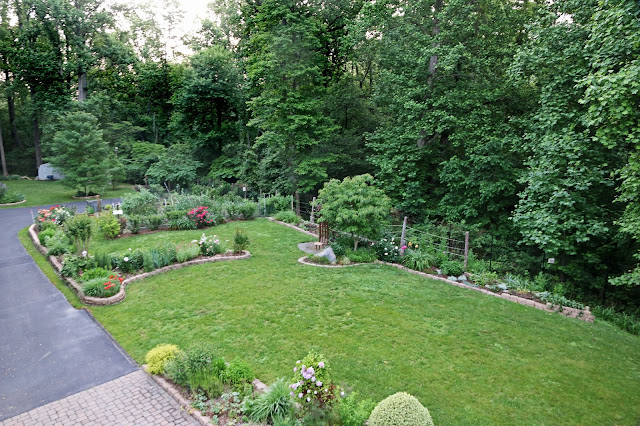