My world has been crowded with events and procrastination has been at the top of my list of things to do. Blogging has been tapping on my shoulder and I have felt guilty but ignored it rather successfully.
First I lost my upright freezer and at least half of the contents.   It was an old freezer that we had purchased from a neighbor when they moved. The rest of the food was given away or re-frozen in my now super packed little freezer below my refrigerator.  The lesson learned is that:
1.  I freeze way too much stuff for two old people. One could say this is depression-era syndrome but I am NOT that old.
2.  I bake too much stuff for us to eat and all that baking isn't healthy eating anyway.  I split it into smaller bags, but all have to be frozen.
3.  Hubby processes all his tomatoes into dried tomatoes and thinks we can go through tons of that in one year.
4.  Hubby makes huge batches of freezer jam...and jam is not all that healthy either. 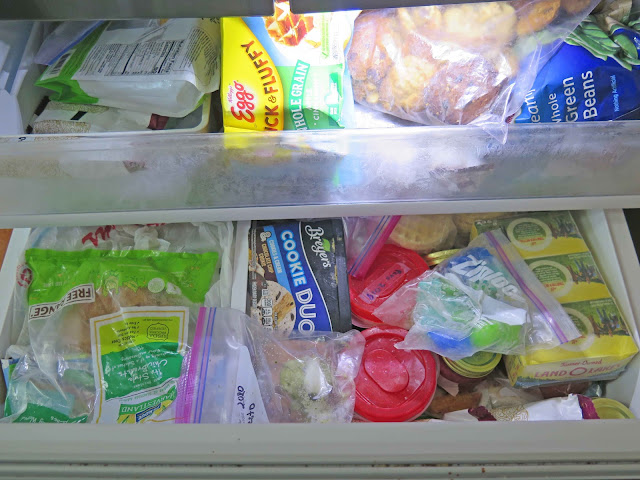 This drawer above to my refrigerator freezer now only closes if we mash everything hard!
We bought another upright freezer (delivered today) and I moved it to the basement instead of the garage where the other freezer was plugged in.  The new freezer is about 60% the size of the old freezer and I am sure we will fill it fully in no time!! 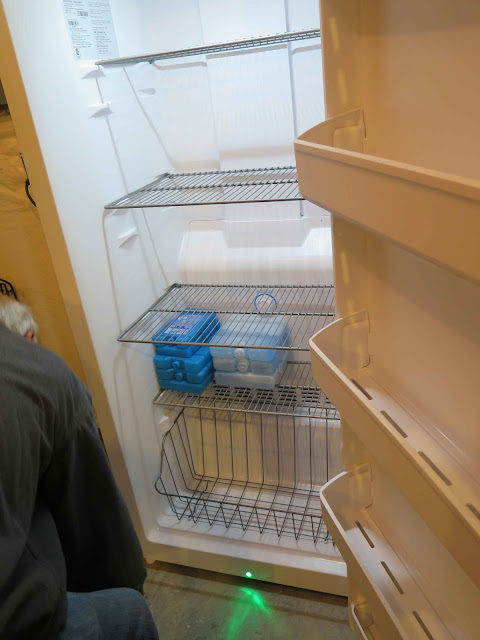 Hubby wanted to invite our neighbor ("Martha Stewart") over for an oyster dinner.  She told him she had never eaten broiled oysters(!)  Hubby invited her that very day and said he would do all the planning and cooking and I would not have to worry.  Needless to say, he got to talking and talking to our guest and I had to cook everything except the oysters which he put in the oven to bake for about 8 minutes before he realized he had not turned on the broiler!  The meal went well in spite of all the craziness.  She is super polite and a perfect politician.  (Never having eaten a broiled oyster after living in this state most of her life. Ha! ) 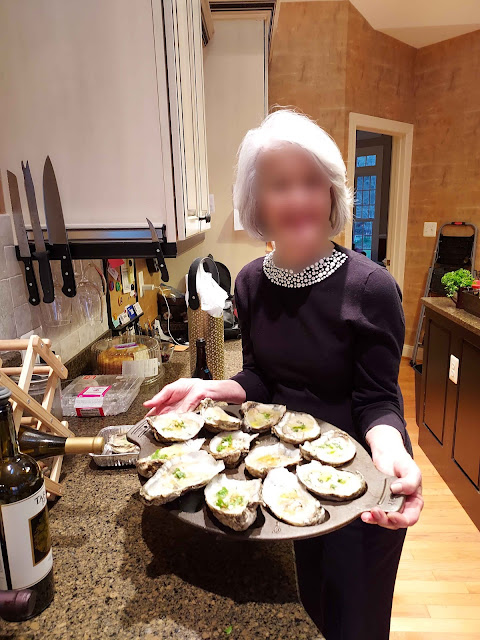 I had apologized to her that we did not have seafood forks for the oysters.  We probably could have used the crab forks, but we enjoyed the oysters and store-bought veggies and cake and the meal went pretty well, although I felt out of my depth in the hostess department.
A few days later I came home to find on our front porch a small gift bag filled with tissue paper and these: 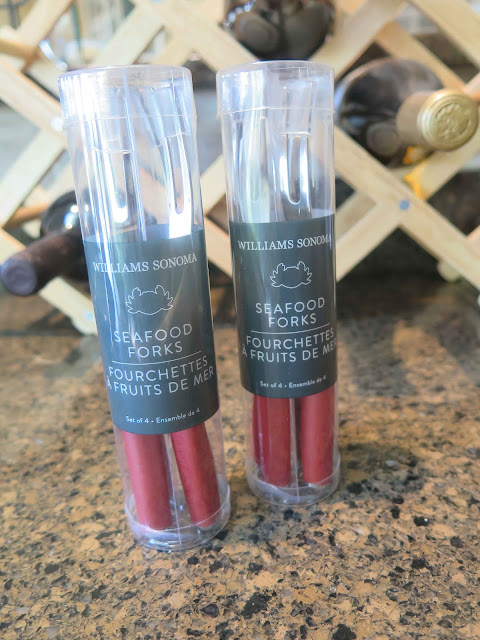 She seems to have the perfect hostess gift for any occasion.  I do feel a little intimidated that for every one thing we do for her she responds with at least two things!
Along with the above events are the Master Gardeners' activities, which are in full swing with lots of meetings and planning.  That crowds my calendar and I am trying to get out of much of it.
And the cherry on the "Too Much to Do" cake for this month was my daughter-in-law and son's baby shower.  I helped my daughter move chairs and tables and helped with menu planning and shopping and brownie making, etc.  It was outdoors and for 40 people.  She and her husband - ever the host and hostess - did the games.  The crowd were people in their 40's so it was much more different than an age 20 baby shower.  It went very well, I was in charge of photos and we were not entirely exhausted when we delivered all the chairs and tables back to my daughter's neighbors throughout her neighborhood.  Early afternoon the weather was lovely and then it turned a bit cold. 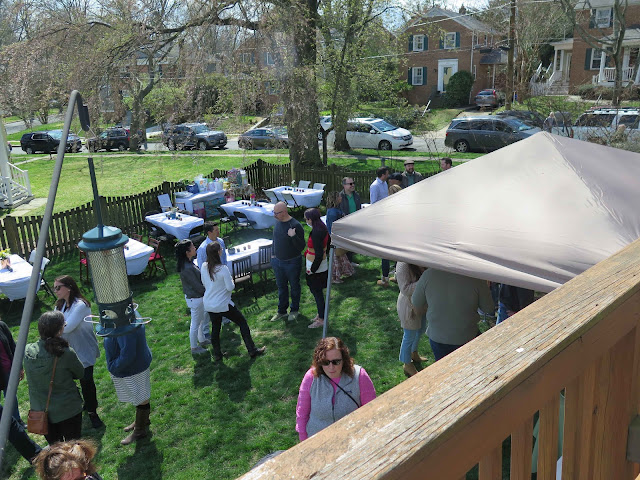 Today I am supposed to pay bills and exercise.  Sigh.  I think I will read blogs instead.
Posted by Tabor on Wednesday, April 20, 2022 21 comments: