Changing Seasons and Seeing Things in a New Light

The longer daylight and the angle of the sun have awakened the hormones in my birds. I saw an American Cardinal couple kissing the other day! Right out in the open! Right on my deck! Ah, young love.
The longer daylight and the angle of the sun have also awakened dismay in me. I see all the dribbles and spots on my kitchen cupboards under the morning sun's spotlight. I see the dust bunnies and gunk on the kitchen lighting.
My kitchen has a small island with a range. Since I have a high ceiling I did not want a huge ceiling vent fan coming down. It would be enormous to clean as well as allowing a draft of cold air to seep through in the winters down that long vent. Therefore, I had installed a counter pop-up fan behind the range. I can never use the fan on high. It is not as efficient and it draws the heat away, so affects cooking, but the filters can go in the dishwasher and there is less to clean. 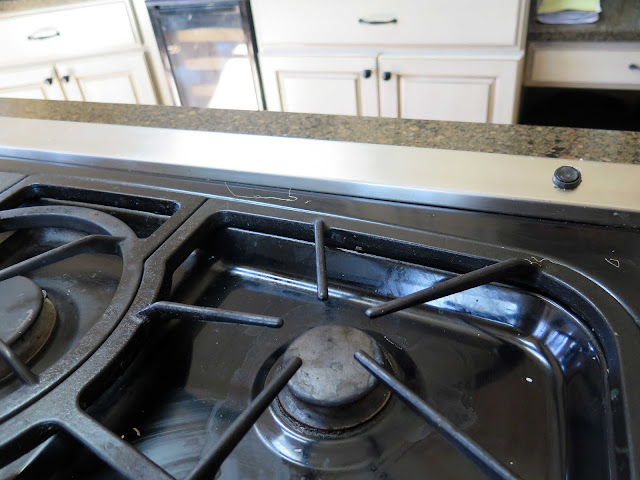 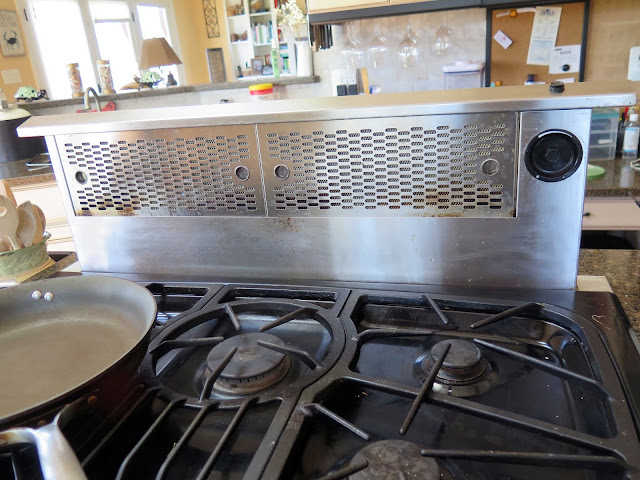 But the "fancy" lighting fixture that was installed above is a bit of a nightmare to clean. I actually think it was for pool table lighting!  Since I have a bit of a wrought iron theme going in the living area, I selected it.  I have been putting off cleaning for quite some time and this year tried to remove the three lamp hoods and glass shades and pop them in the dishwasher.  I could not actually reach all the curled iron above which was covered in grease.  I got two of the fixtures down using my kitchen ladder and patience.  The last one would not come off.  The ceramic threads were misaligned.  I called in my tall friend. (You may remember the fellow who helped with the Osprey nest.)  HE could NOT get the glass shade off either! 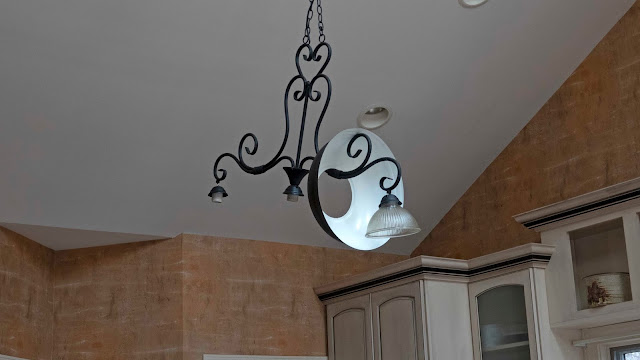 Thus he used his height and good eyes and long arms and cleaned the shades as well as the iron decoration with a rag and some Mr. Clean.  It now sparkles.  He also helped me re-assemble the parts that I had put through the dishwasher. 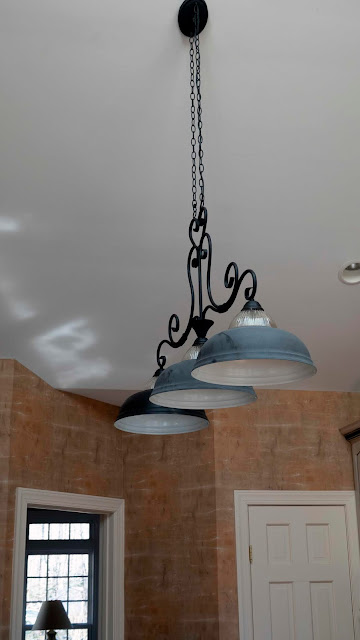 I now have to go to the hardware and get a finish polisher to shine the two black hoods.  Easy enough! It hangs about an inch off-center, but I will have to live with that.  Now I have to wash all the cupboards!
Posted by Tabor on Sunday, March 07, 2021