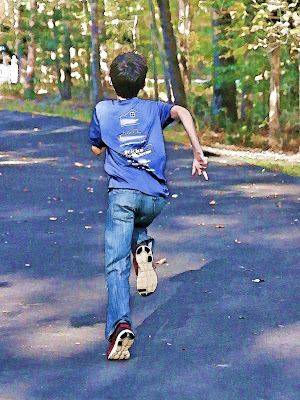 enthusiasm
noun [ C/U ] US ​ /ɪnˈθu·ziˌæz·əm/​
a feeling of energetic interest in a particular subject or activity and a desire to be involved in it, or a subject that produces such a feeling:
[ U ] I find that I’m losing my enthusiasm for the game.
[ C ] Parents need to share their enthusiasms with their children.

I spent Sunday afternoon at a meet and greet with enthusiastic people. They were also depressed. They were also angry. Perhaps it was fortunate that the 30 or more of us met in a therapy room and with a therapy dog who was such sweetie I wanted to steal him.  The therapy business was hosting the meeting and providing the space.  Over 50 signed up to attend and over 30 actually showed up.  This was a HUGE challenge for me as I am not someone who can in any remote sense look forward to a "meeting" much less one where I do not know a soul!  It was being held up-county, so I knew there was no chance of me running into anyone local to ease the angst.

I did not take photos because this was a "secret group" meeting.  Some of you already know what I am talking about and for those of you who do not, it makes no difference.  It is a superficial designation with good intentions.

Anyway, once the ice-breakers were finished, the room was filled with the chatter of estrogen.  I am sure it would have made some men deaf and others blind.  There was one young man there who left the second the meeting began to break up.

While the break out groups came up with no surprising issues to address and no surprising strategies to implement, their hearts and minds were in the right places.  Unfortunately the whole time I was there I kept thinking that other groups were doing this in smaller and more focused ways and with higher profiles.  Were we re-inventing the wheel?  Part of the discussion had to do with a name change for the group because the national umbrella had decided they wanted to be a "storytelling" group and if we wanted to be a pro-active group we had to use another name!  This group of ladies were definitely NOT going to tell stories.  They came from environmental groups, private businesses, state and county offices and several, like me, were retired.  They are blue ladies buried in red offices and social circles where they had been shouted down angrily if they tried to make a point or promote an issue.  They were gunshy, but in this setting realized they were not alone and that in numbers things get done.  Us older folks do not get gunshy easily.

I will probably not be active with them because at my age I have no patience for embryonic development.  The two leaders were beautiful, intelligent and broad thinking women and in just a month have pulled together a membership of over 1400 women from three counties.  I just was hoping they wanted to focus on more local tasks.  Maybe they will in time and I will monitor that.  Since I have one or two issues that burn holes in my mind and heart, I will probably begin to investigate and support groups that meet my narrow needs.