Busy and no Bees 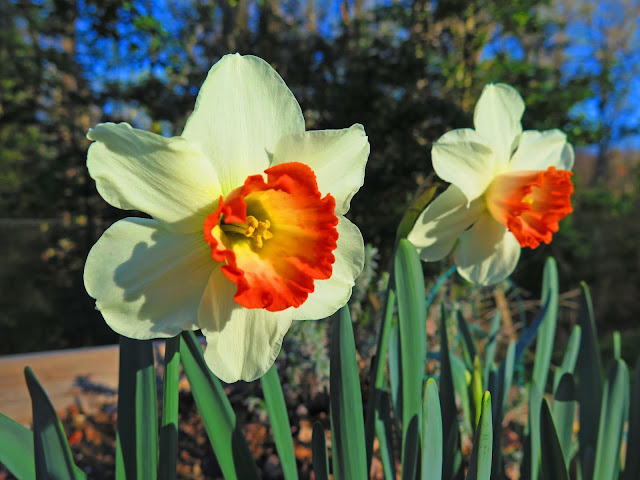 Sunday I was up early and dressed to go out and buy the rest of the lawn seed since I ran out on Saturday and this coming Tuesday was supposed to bring some rain.

At 10:00 AM just before I left there was a knock on the door. (Hubby is gone and the driveway gate is closed!) I was cautious. Out front were the two helpers that hubby hired to do the lawn while he was away. I was told they were coming on the NEXT Sunday. Oh well, at least I was out of my PJs.

After telling them what I wanted done, I rushed out to get lawn seed, buy them some quick lunch and go to the bank so I would have money to pay them. I only had $20 in my pocket.

Then in the early afternoon I began my Powerpoint presentation for the Commissioners. By mid-afternoon I had to run out again and take some photos from the volunteer garden for the Powerpoint. (I am a bit nervous about this VERY SHORT speech...our coordinator was clearly relieved when I said it was only 5 slides...and hope that Tuesday comes sooner rather than later. I cannot remember the last time I gave a public talk.)

I finished the presentation later in the day and sent the workers off after some further instruction and then took a well deserved bubble bath and ate a cooked frozen turkey pot pie while watching mindless television until bedtime.

This Monday morning a list of phone calls were made. A list of emails completed. I now have to call the Adult Basic Ed folks as they seem to have another student for me, and this time it is NOT help with math but reading that is needed which I feel more prepared for. Yes, my schedule is busy, but they need me...they actually need me.