I wrote on my Facebook wall that I had eaten dinner at the bank and slept in the parsonage when I was on this trip south.  I did not add details at the time I wrote the post because I did not want to emphasize I was out of town to the public, but other posts I made pretty much blew that cover over time.  Also, since there were no car tracks over the snow in the driveway when we returned, I think that might have given any nefarious person a clue.

Hubby was very sweet in trying to make this fishing/canoe trip more fancy for me and he arranged that we stopped on our drive down at North Carolina in a little town called Washington.  Not the D.C. one but Washington, North Carolina, a town that claims they were the first city (town) to be named after General George Washington.  We were there only overnight, but I do want to return and explore the interesting historic buildings some day.  We stayed in the B and B below. 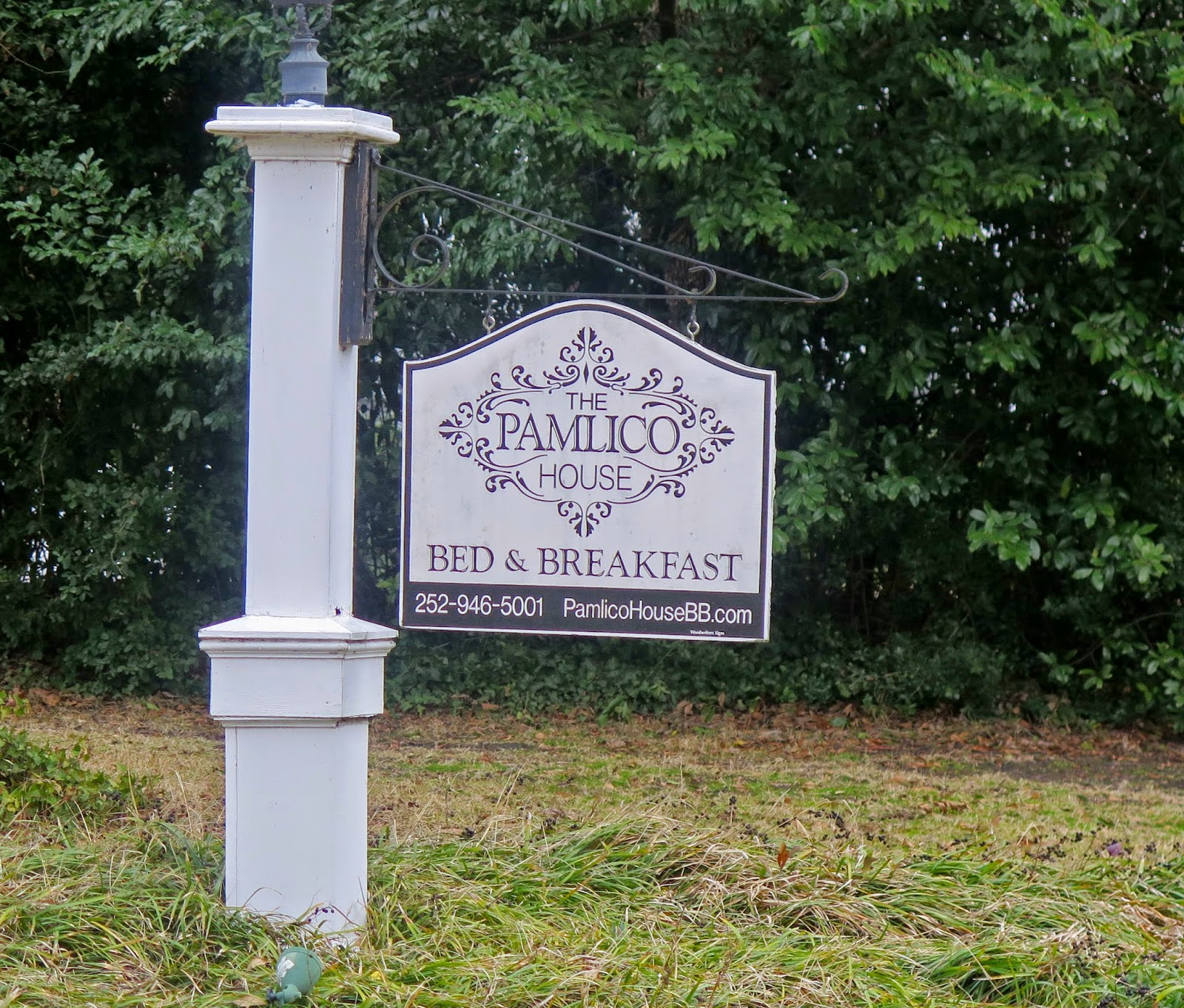 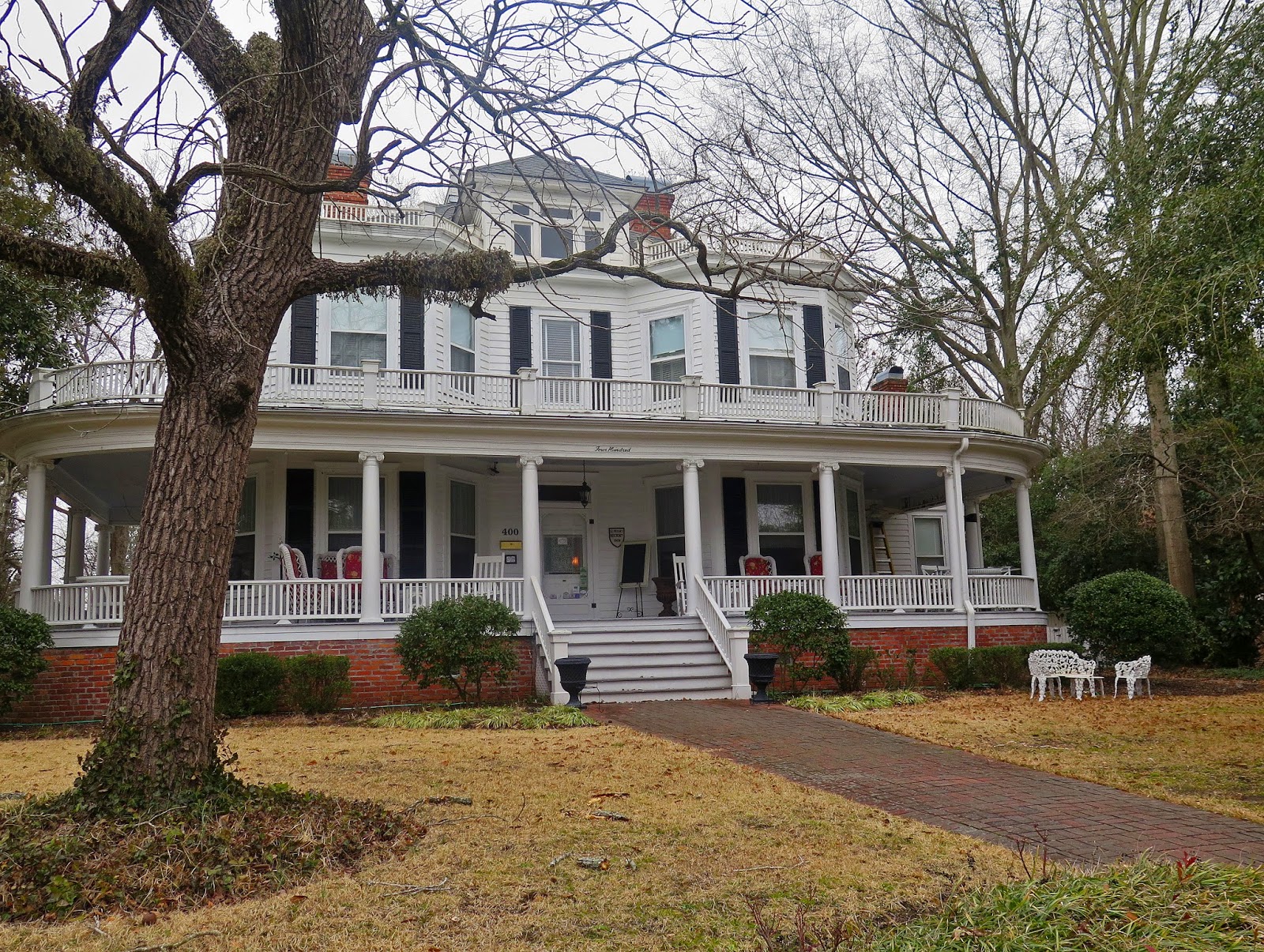 This building sleeps ten to twelve and all bedrooms include a private bathroom.  The house is a century old and was a Rectory in its beginning in 1906 built by St. Peter's Episcopal Church.  The B&B is currently managed by a delightful woman who came to this country years ago from Central America.  At least one celebrity has stayed here in the past--Michelle Williams.  Beds were very comfortable, evening atmosphere was quiet, and breakfast was great!  Orange juice, fresh fruit with yogurt, french toast and sausage with hot tea or coffee. 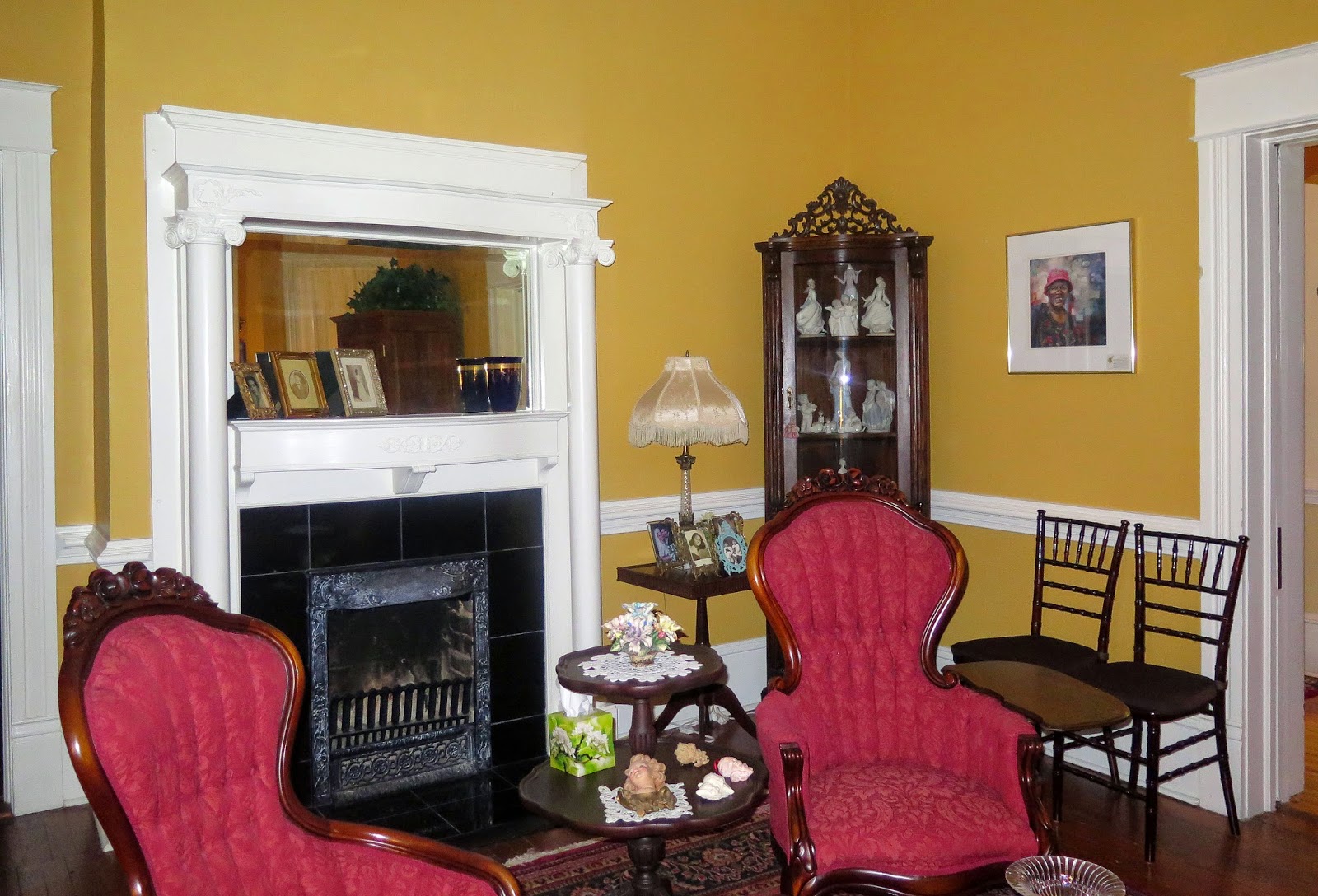 We did not spend much time in this quaint sitting room, but I did grab a photo. 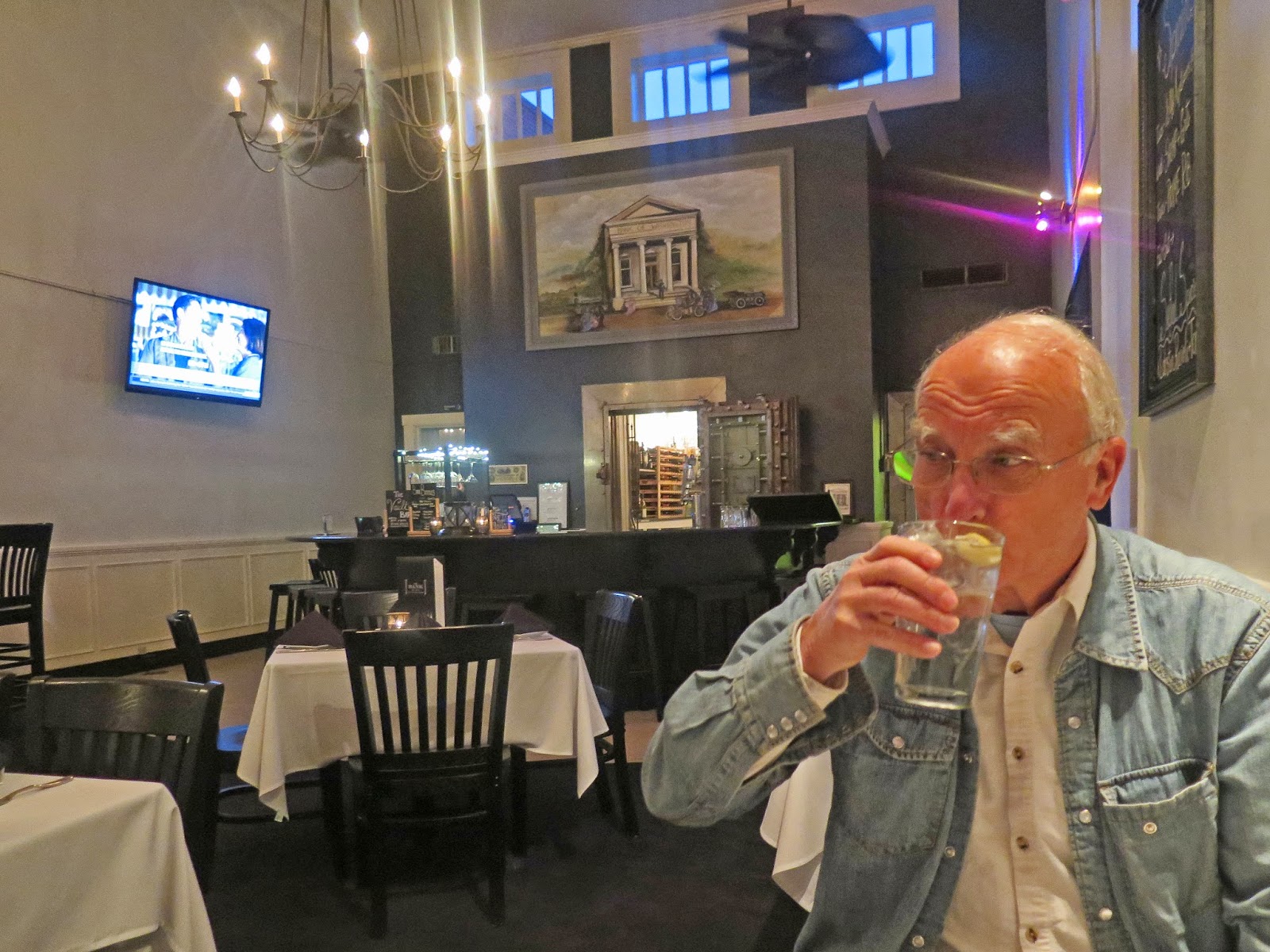 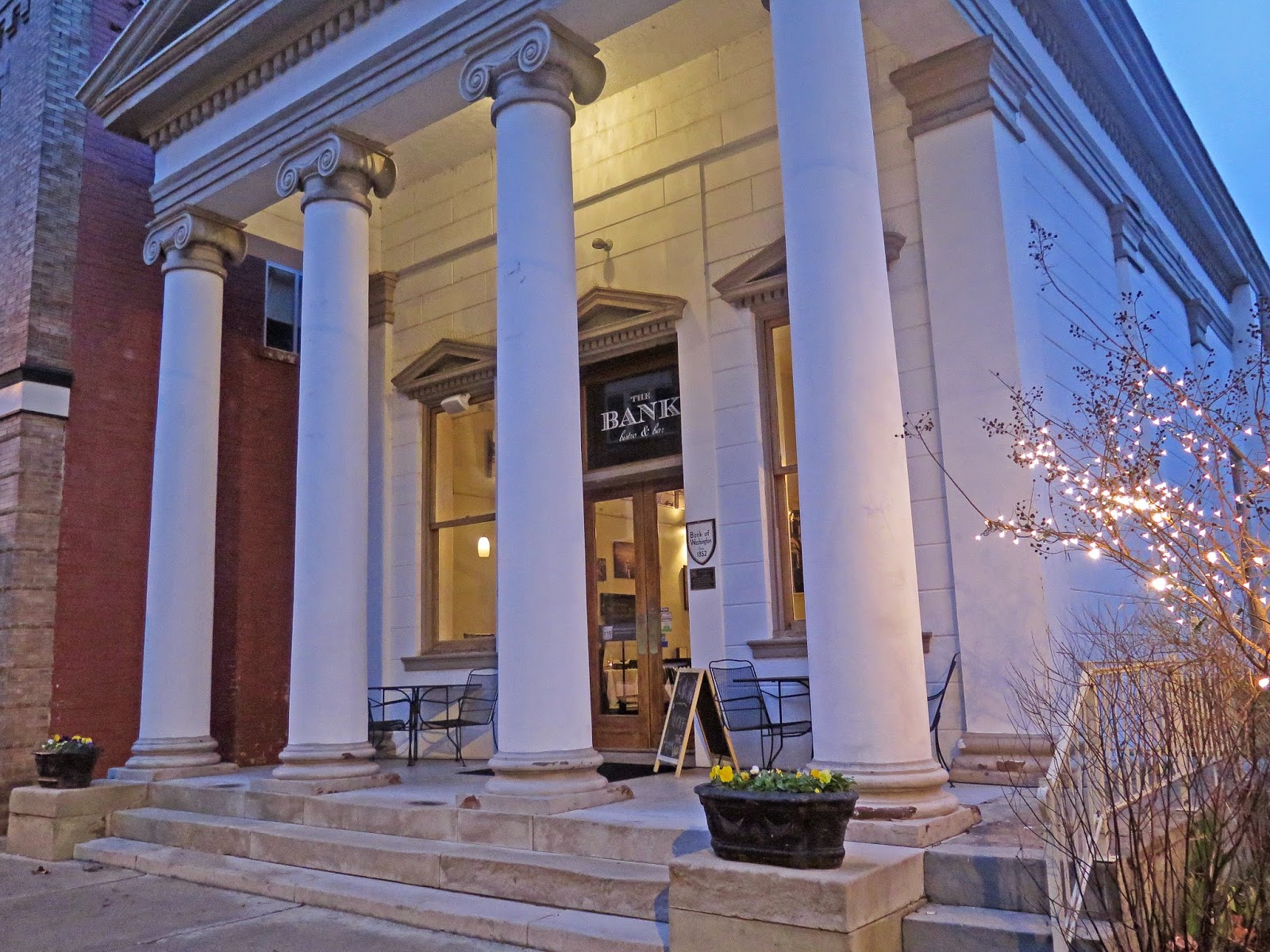 It is a quiet winter season in this little town, so we were two of only three people that stopped by for dinner at this former bank which is now a high end restaurant.  A young couple came later and sat at the bar.  Food was not cheap but delicious, and we got a private concert by the piano player!  I wish they would ditch the large screen TV.  Each of the few people we passed on the street on our way back to the B & B later that evening smiled and greeted us warmly as if we were neighbors.  It is a lovely town and I am going to return when weather is warmer since it is near a wildlife refuge which I will post about later on my other blog.
Posted by Tabor on Wednesday, March 04, 2015