I was going to avoid posting travel photos, because I do tend to feel a little like Betty White who when discovering that people posted their travel photos on Facebook explained that during her younger years "Seeing pictures of people's vacations was considered a punishment."  Some of you remember those slide shows at neighbor's houses?

Well, it appears some of you are masochists and wanted a more visual version of my recent trip with family.  Because I want you to think we are just a really happy, wholesome, all American family I have filtered out all the bad stuff on the photos.  ;-)  The filters are from some free software I downloaded off the Internet (Xero) and other filters from software I own.

We did not walk into the campground, as someone asked.  With all the stuff we brought in the back of three cars, that would have been a real effort.  We drove right up to the front doors of the three cabins (one off to the right in the photo below.) 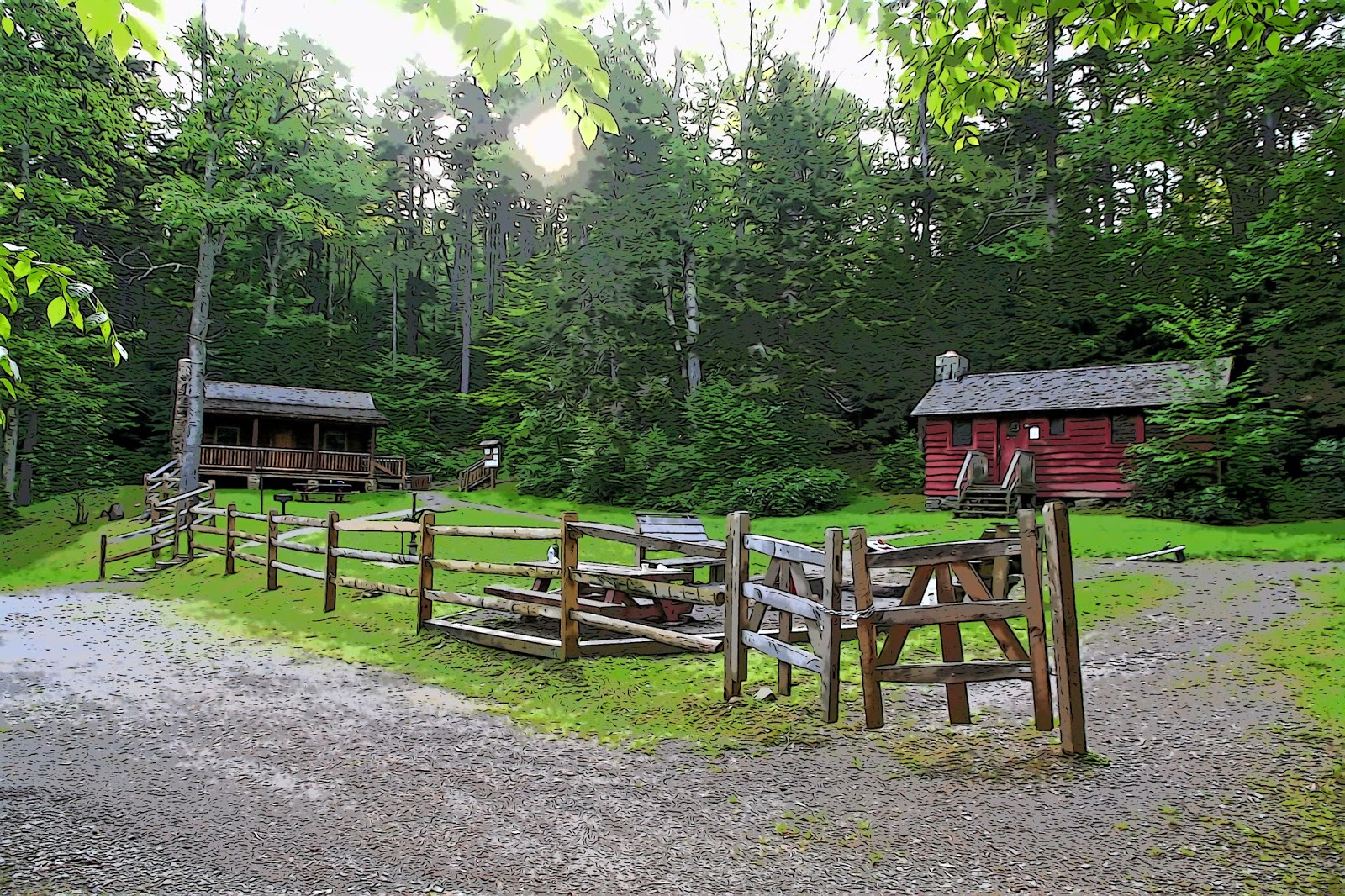 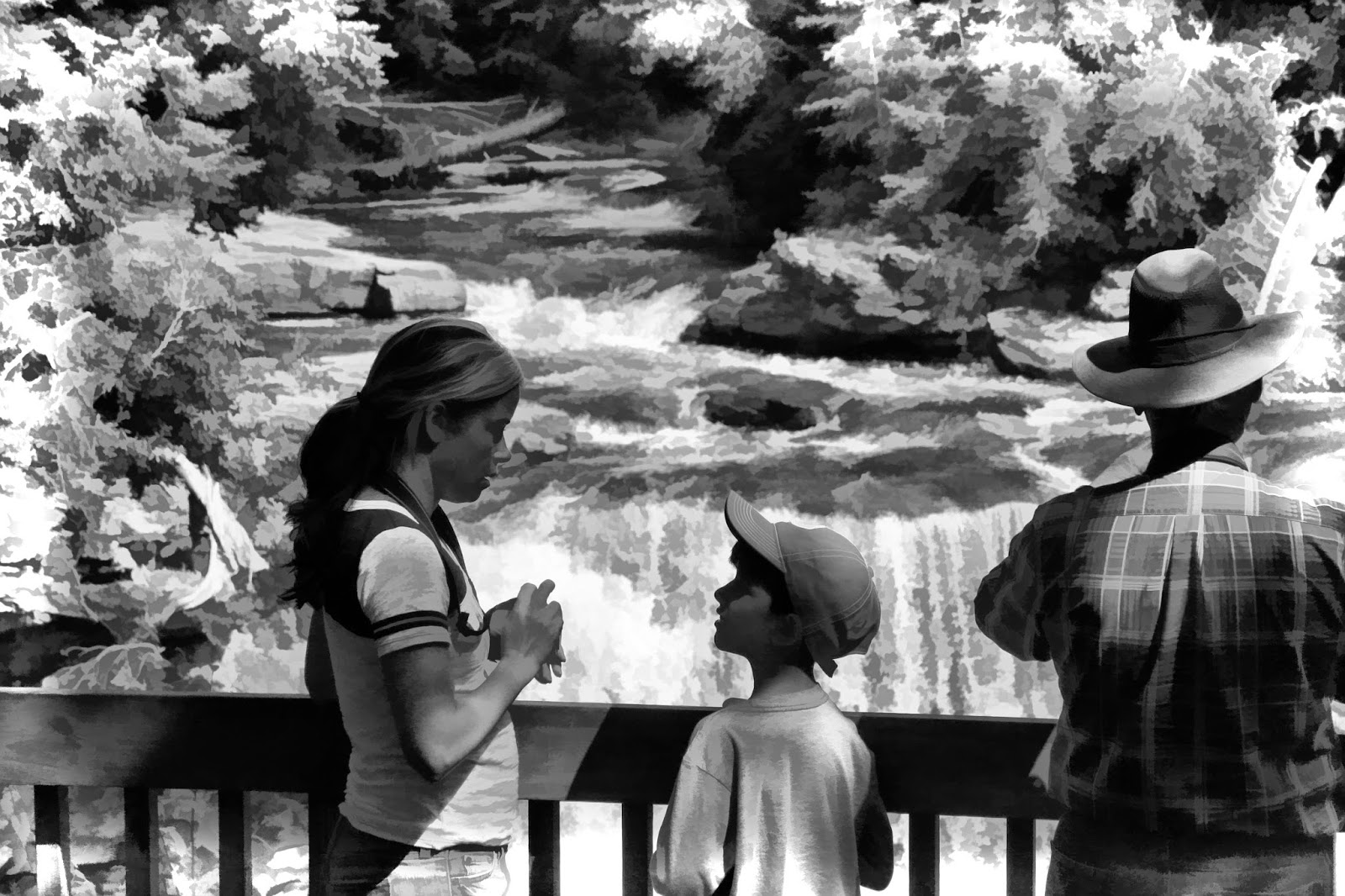 We did take one small hike down the hill to the Blackwater Falls. 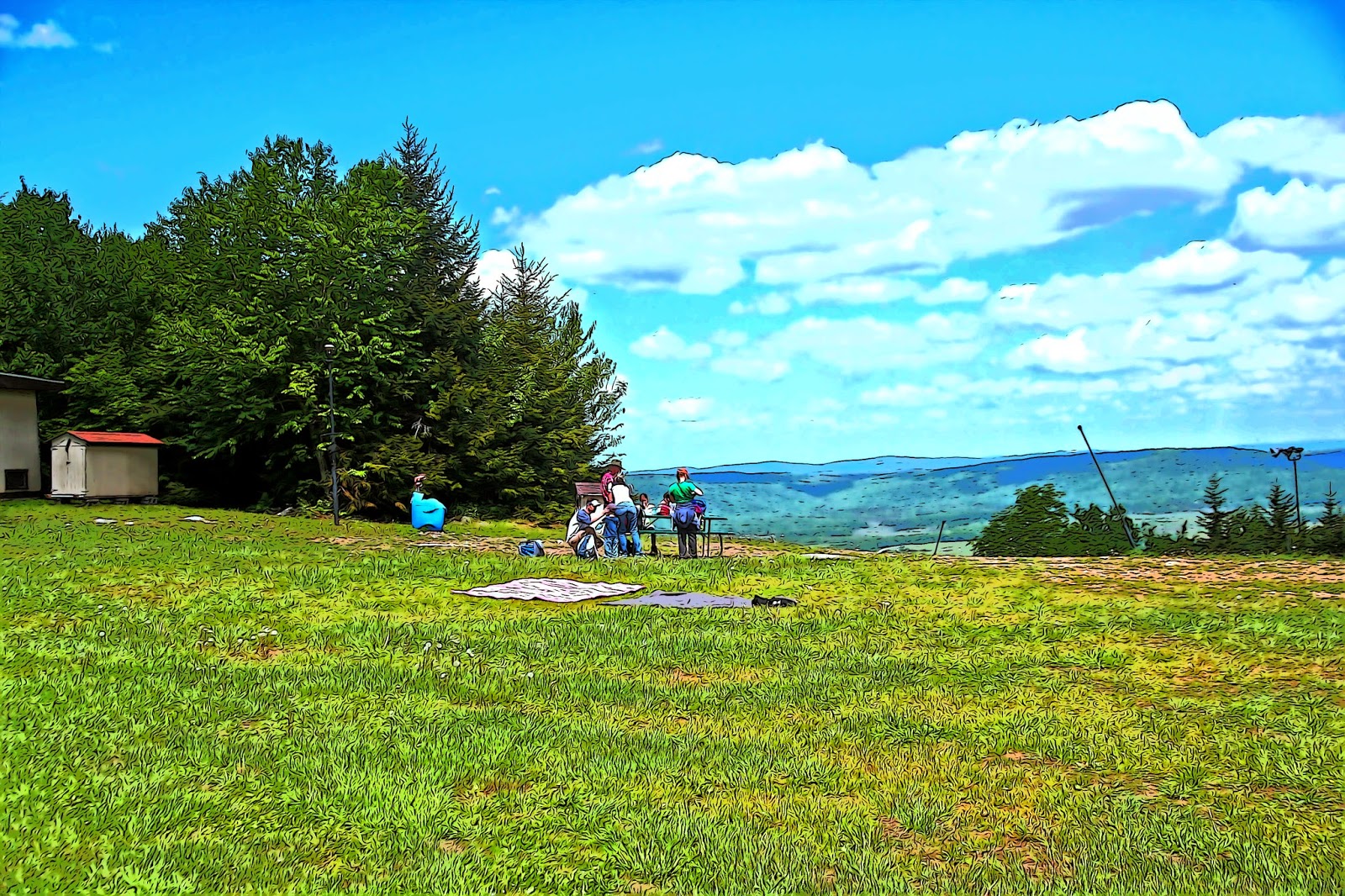 We did take one ride up to the top of one mountain on a ski lift and found it was the best place to have a picnic.  What a view!! We did check out the yellow of buttercups and we did blow dandelion heads all over the place.  (Isn't this just so Norman Rockwell?) 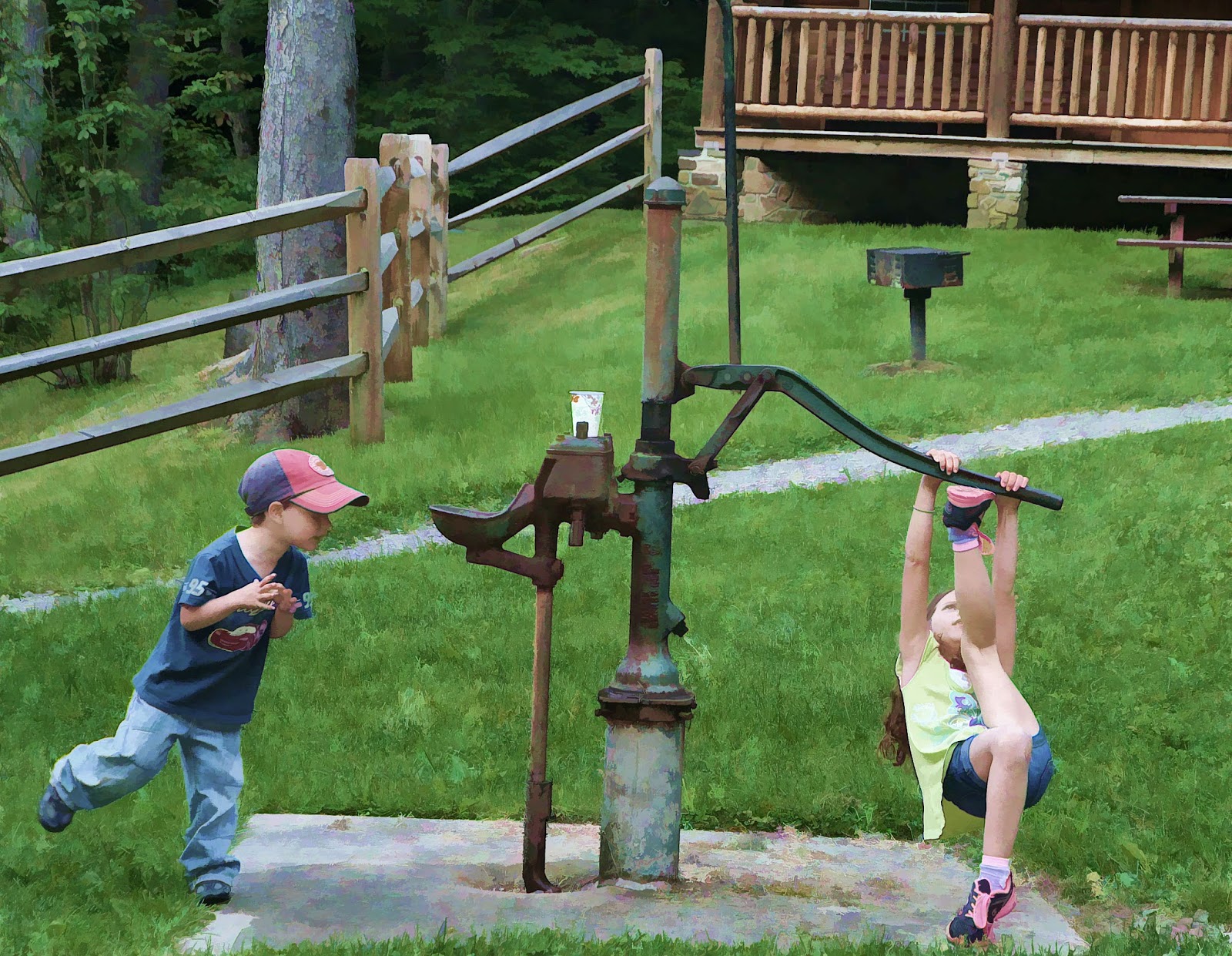 The only source of water was from the well and the kids made a game of it!  What was wrong with those pioneer children who considered it a chore? 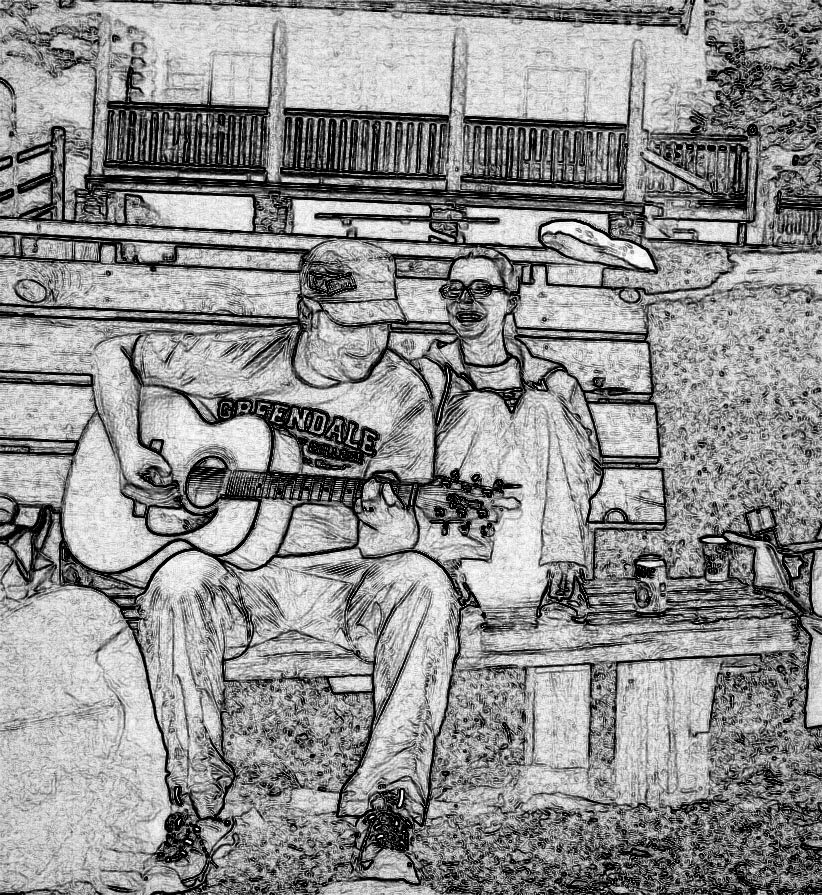 We sat around a campfire and played songs...so romantic. 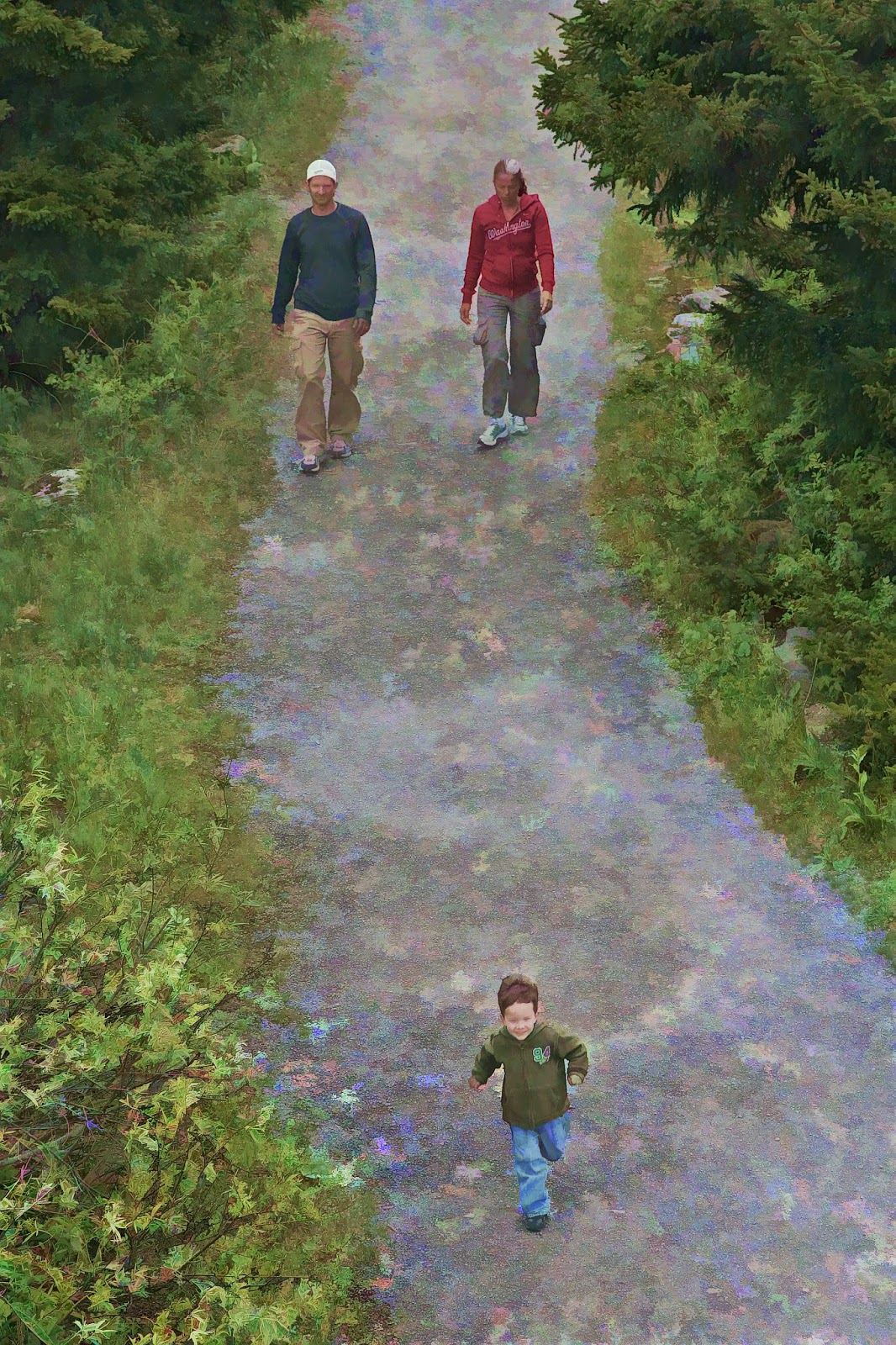 We took a small hike to the nearby fire lookout.  Some of us ran and some of us sauntered toward our view from the tops of spruce trees.  One side was hidden in clouds and the other side gave us the view we were looking for. 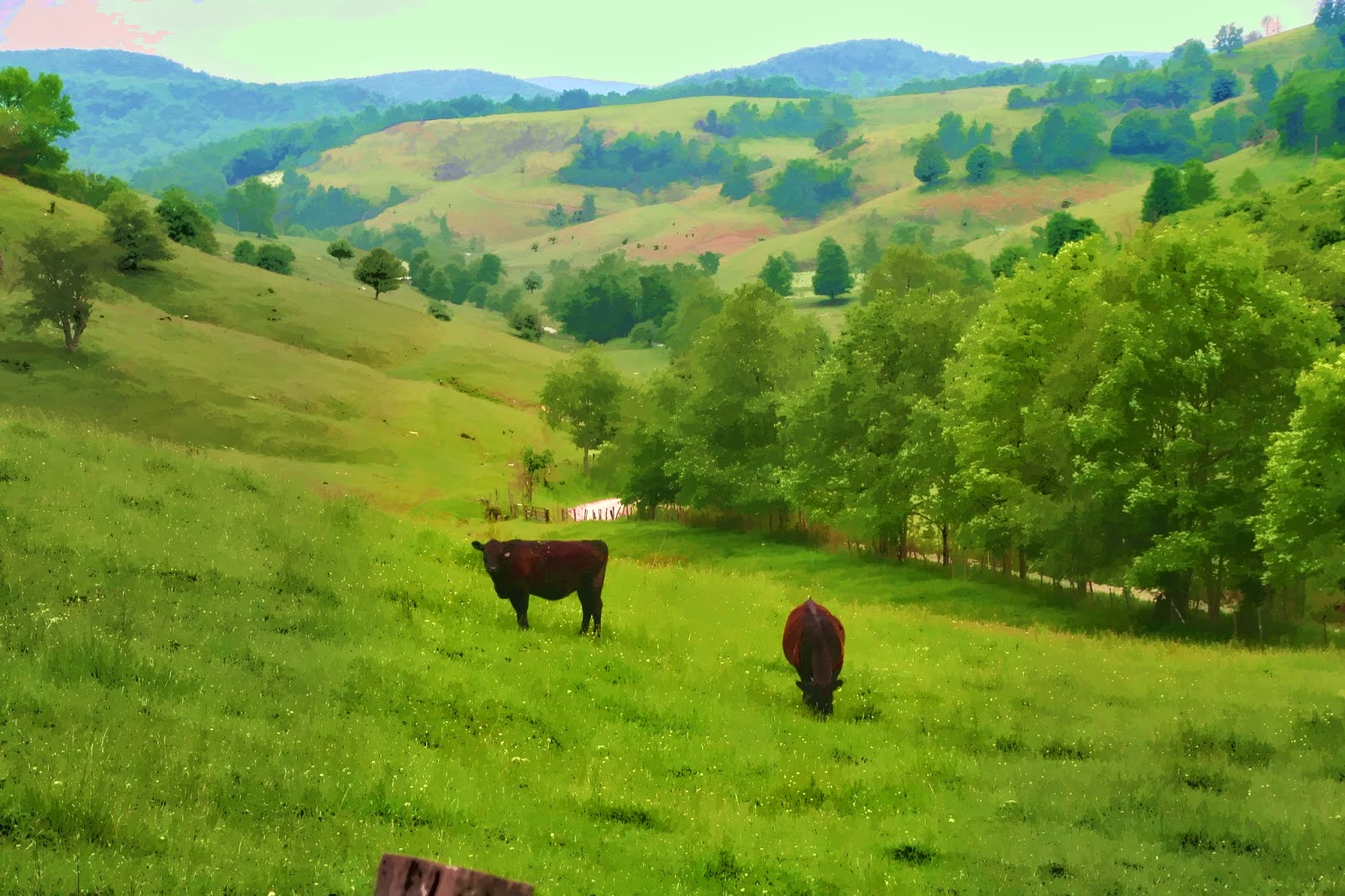 While I told you we got lost...it was in pastoral fields of spring green!!

There, have I painted this trip as a perfect experience?
Posted by Tabor on Saturday, June 14, 2014