As I write this, Hurricane Sandy is just off shore from the north part of the state of Florida.  We are getting scary reports about how this will be a 'perfect' storm when it meets up with a strong cold front bearing down from the Northwest even though it has been downgraded to a tropical storm.

We have spent the day moving patio furniture, getting the boat off the lift and on a trailer, and checking what errands we may have to run tomorrow to prepare for any loss of electricity for an extensive time.  We have filled the kiddie pool with water, frozen plastic jugs of water, checked our flashlights, finished all laundry, moved canoes and the kayak to shelter and started to eat lots of food from the fridge.

Hubby also made the first harvest of his oyster mushrooms which he "planted" or whatever it is you do with mushrooms last spring behind the tool shed.  They are sprouting...like... mushrooms. 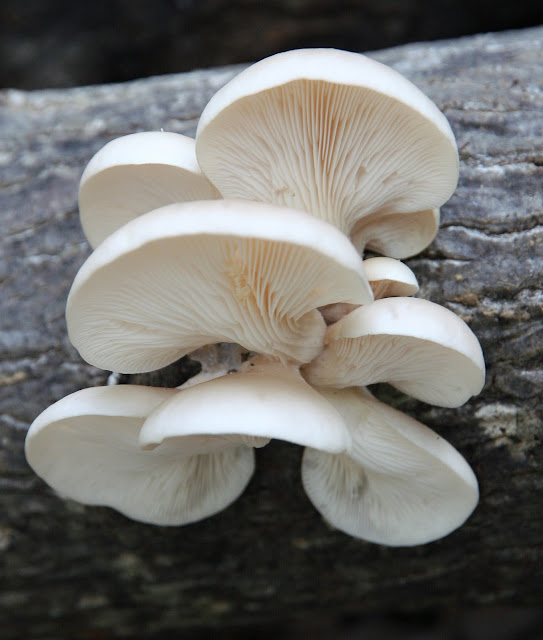 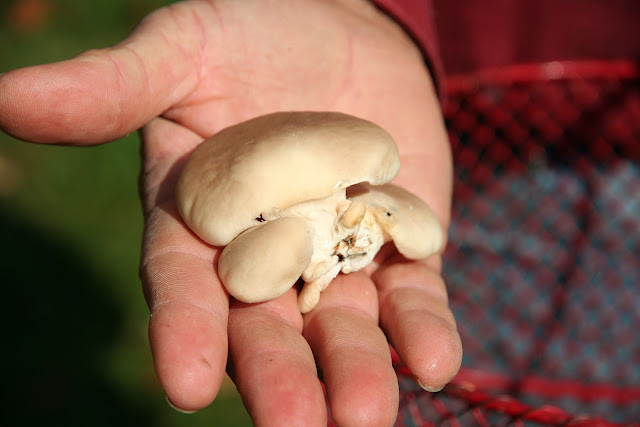 I checked out the fridge and felt we needed to use up as much cheese as we could in the event we lose electricity next week.  Hubby went to the store for some half and half while I shredded some sharp Provolone, some Fontina and broke up the little bit of some left over blue cheese.  I melted butter along with all the cheese (nice and rich) and when hubby came back I added about two cups of the half and half that he bought..cream would have made thicker sauce, but I do draw the line somewhere.  Then I added salt, pepper and nutmeg.  Once the cheese was melted I discovered that we had a small package of turkey bacon and a leftover package of frozen peas.  I microwaved the bacon and added it along with the frozen peas into the sauce along with the first harvest of the oyster mushrooms which I had cleaned and sliced. 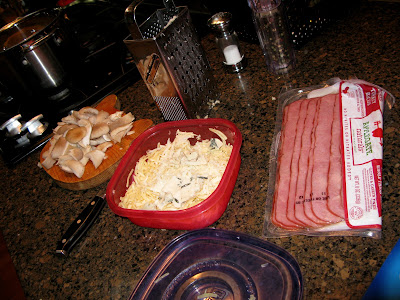 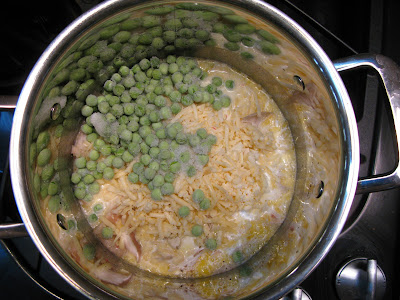 I also had a small bottle of white truffle oil which I drizzled over the top...just to make sure there was enough fat in this meal. 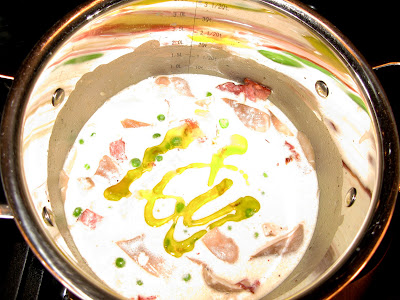 I cooked linguine al dente.  Then poured on the sauce and hubby "roughly" chopped fresh basil as a garnish.  Way too much fat in this soup, but with a hurricane on its way in a few days, I felt justified.   This made up recipe may now become known as hurricane pasta at our house in the future. 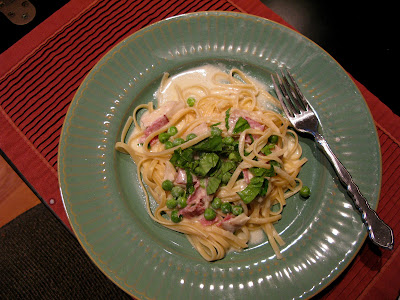 If you do not hear from me in a week or more...it must mean there is no electricty here due to the storm.  Wish us luck!