I received an opportunity to spend the day canoeing a river that flows through a local land trust.  This part of the woods is not accessible unless you are invited or part of a canoe or hiking tour.  In this instance "we" had a job to do. 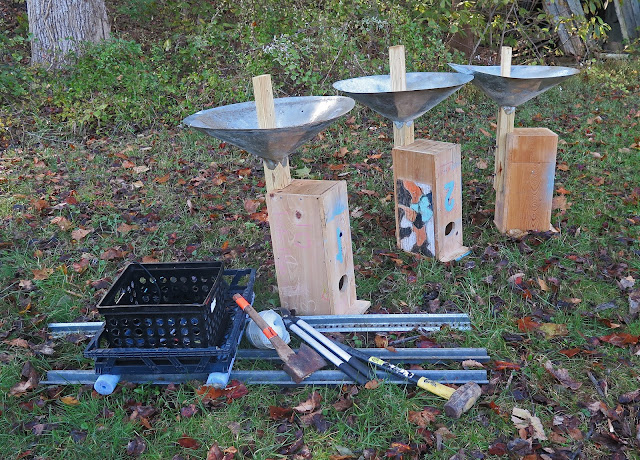 We had our boxes, hardware, and axe and heavy mallet. 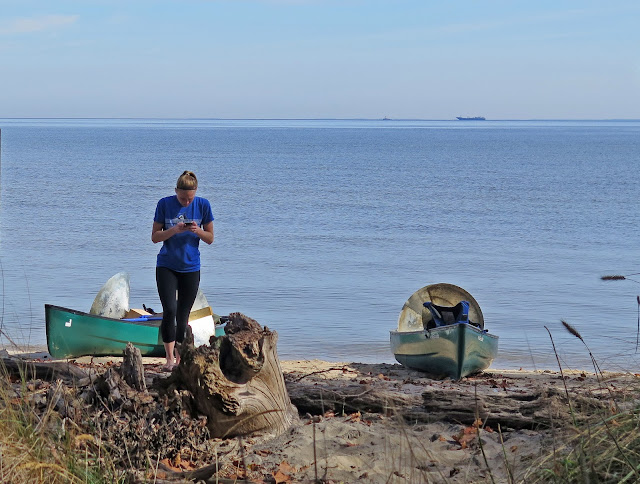 We had one young person who spent most of her time waiting for us old folks to catch up. 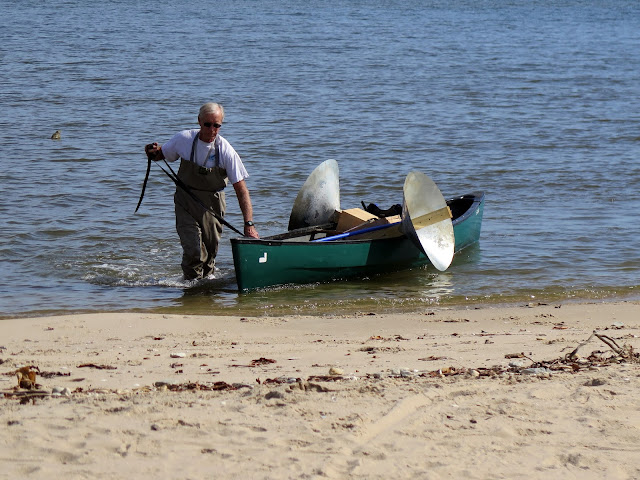 We had to pull the canoes down the bay side of the land trust.  A large sand dune had been thrown up with the last storm and our river was now a temporary lake and we had to carry all the equipment and canoes over the dune.  From a distance we looked like satellite dish repair people or perhaps a unique Cajun band?  I wonder what the gas facility offshore thought. 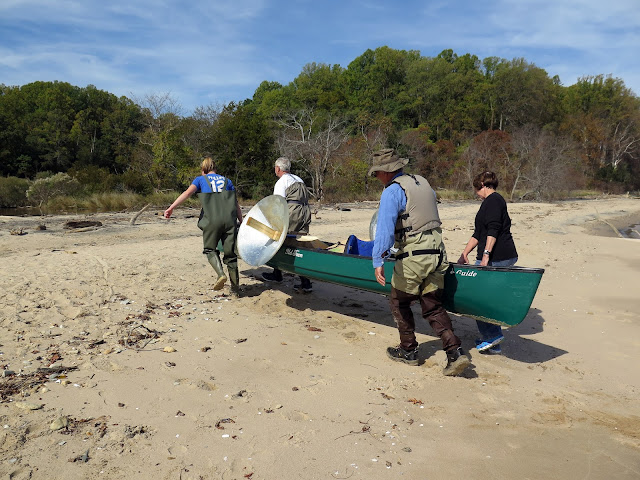 The river itself had flooded to the edges of the woods and over!  We were able to paddle into places that were usually inaccessible by canoe or by walking. 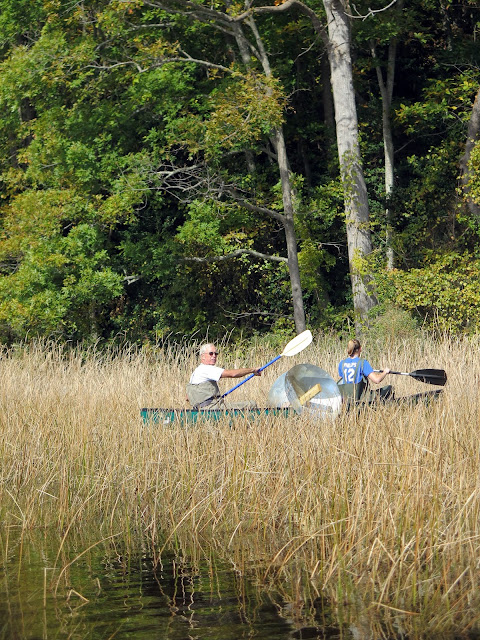 Hard to believe there was at least 2.5 feet of water for the canoes into the grasslands.  The "cross" you see in the photo below is actually a trail marker when the land is dry. 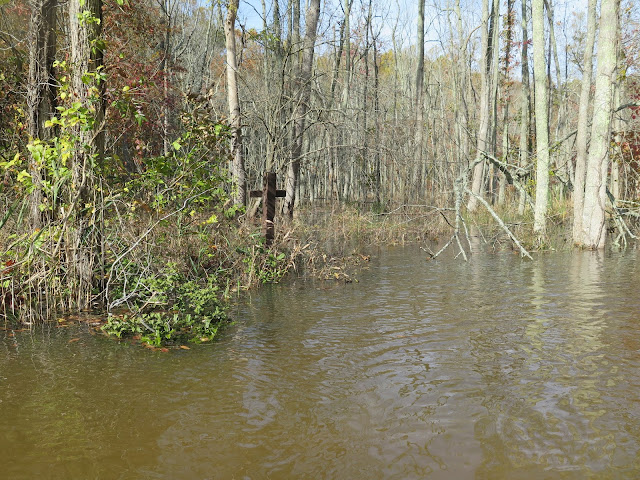 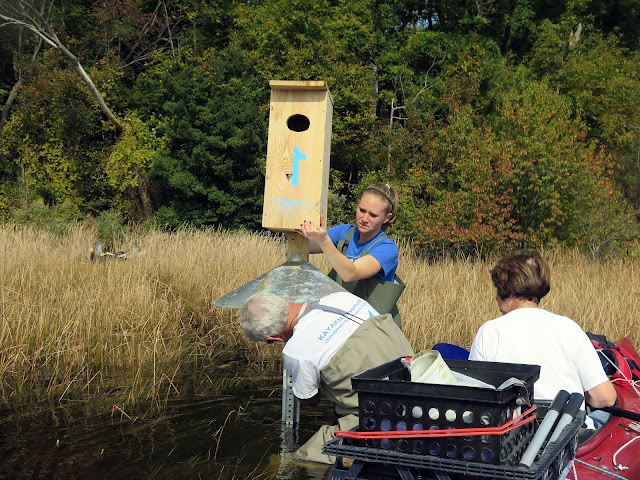 And then, finally,  we got Wood Duck nesting box number one installed.  No one cut their finger or had the baffle fall on them!  We did not lose any nuts, bolts or screws in the water.  Final step was to add the wood chips shown in photo below.  (Yes, the "1" is backwards as the stencil flipped in the wind when it was being painted.  Children from one of the local schools also added their art.) 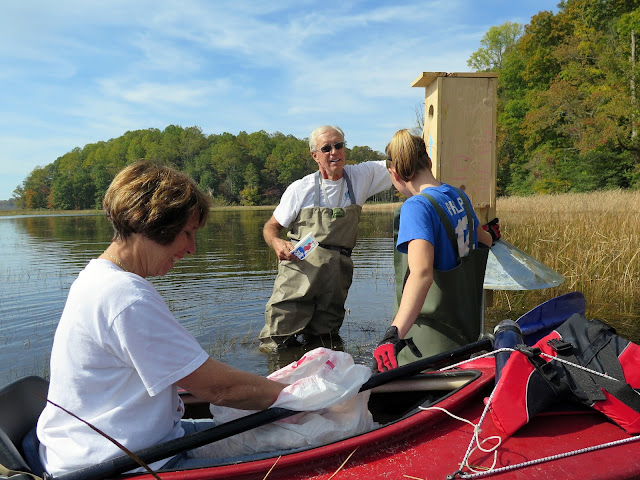 It was an adventure and I was glad I was along as photographer and did not own any waders.  You would not believe the number of spiders that attached to those waders when they hit the water.  Every little bug had been flooded out of his/her home.

We got four boxes installed and had to wait on the fifth due to high water.  The paddle home was stupendous. 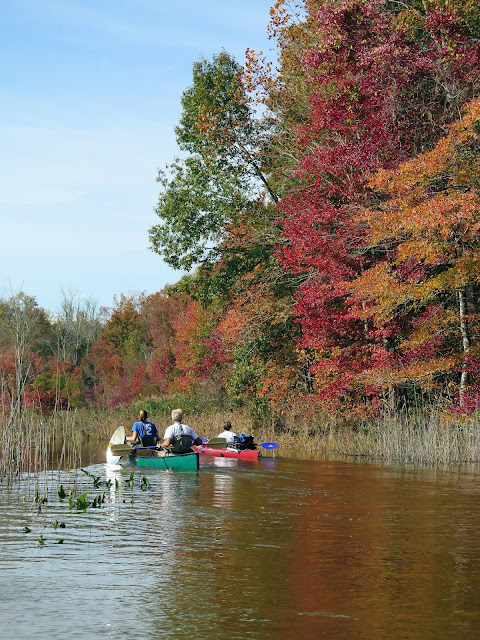 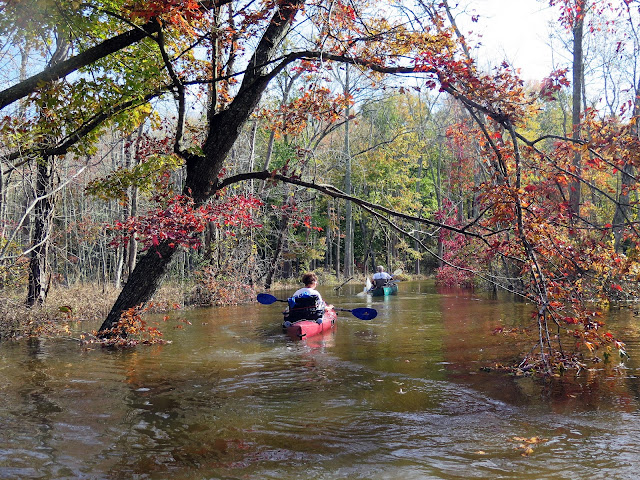