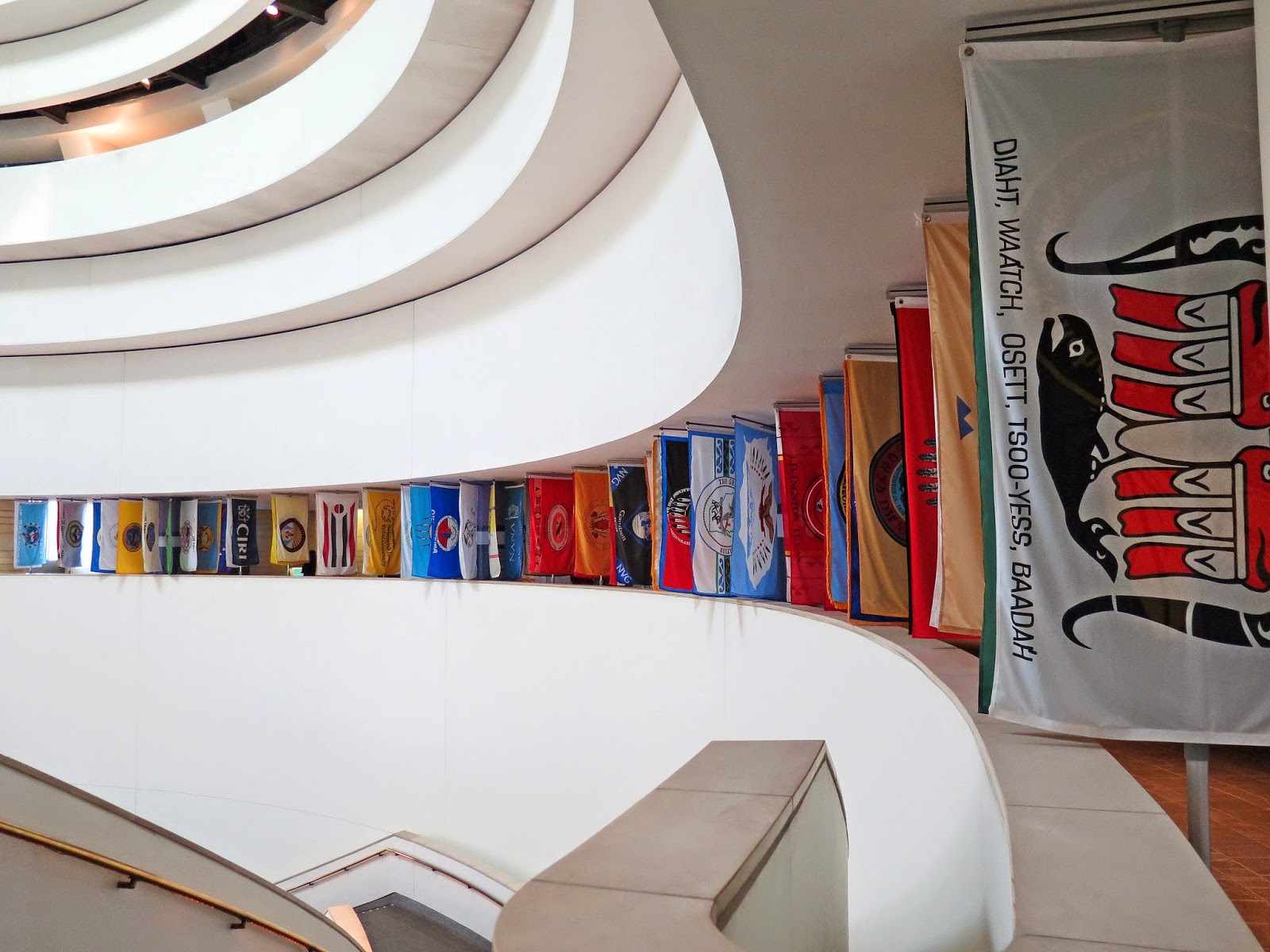 As you probably understand the use of flags is a new type of representation for the American Indian, mostly begun within the last 50 years.  Prior to this tribes were identified by costumes and totems.  But since the U.S. requires identification for sovereignty the tribes went the way of the Europeans and developed flags.

According to vexillologist, Donald T. Healy, "Another major inducement for Native American peoples to adopt flags has been their increasing involvement in the gaming industry. More than ninety-five tribes now offer gambling in one form or another on federally recognized reservations. This has brought millions of visitors to lands they would never have thought to visit. With this massive influx of visitors tribes now find themselves in need of a readily acceptable symbol of sovereignty. Replies to surveys and phone inquiries in at least a dozen cases have directly attributed the adoption of a flag to the opening of a casino or bingo parlor. The impact of gambling upon the adoption of flags within the Native American community may be a unique occurrence in vexillological history."  By the way, the study of flags is called vexillology. 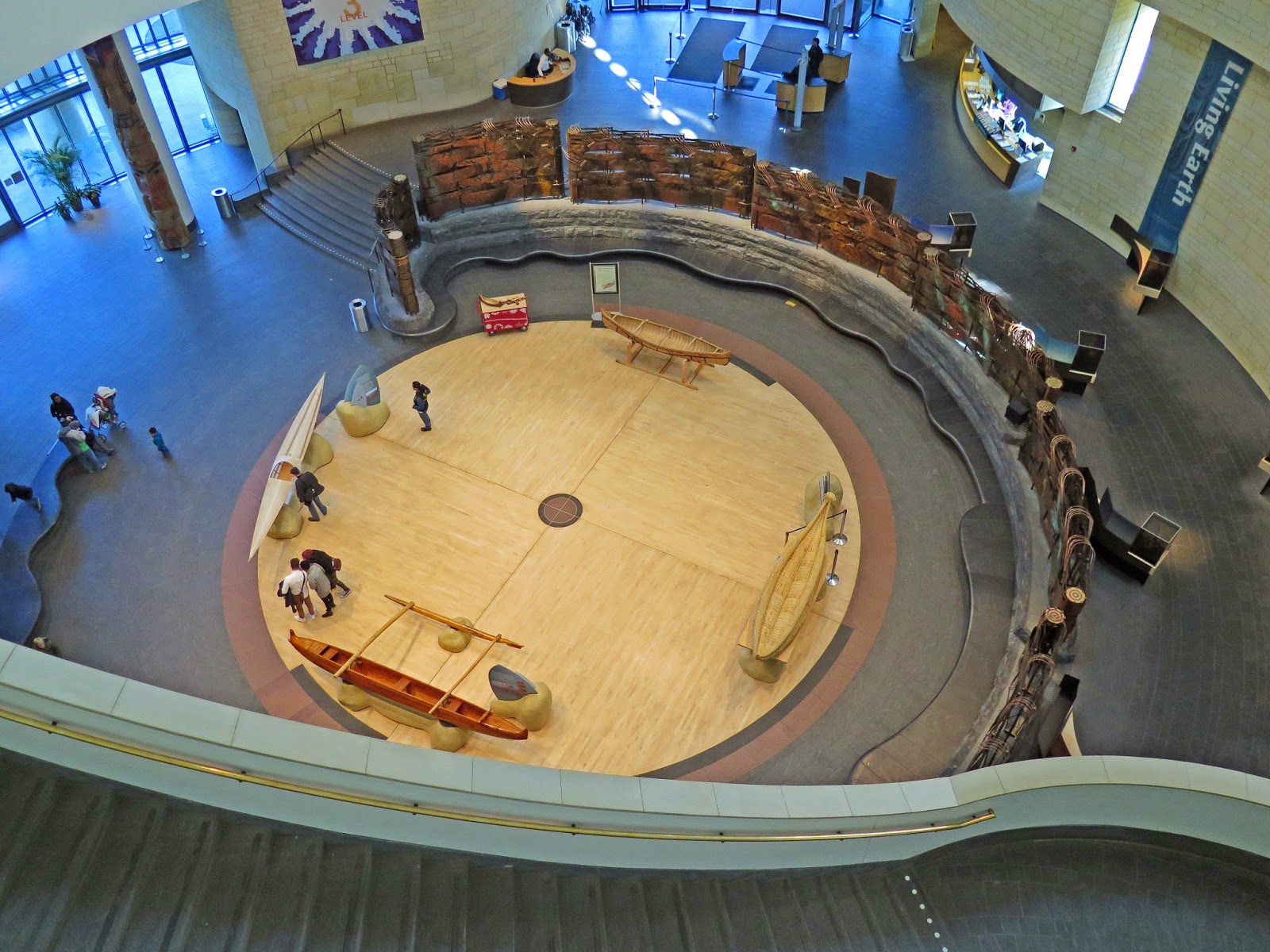 In the above photo is the view that you get when you walk past all the flags and look down to the central lobby of the museum.  This open area below is where you see and hear demonstrations of songs, instruments, and other culture activities throughout the day.  And, I might mention that not all Indians are poor.  The Pequot Indians of Connecticut were sufficiently wealthy that they donated ten million dollars to the Smithsonian Institution toward the construction of a this museum.