We have lived for several years with three large tulip poplars on the side of the house where the storms arrive.  Most of the trees in the ravine that die fall in the direction of the house.  During hurricanes we go down into the basement and hope that they will not fall against our bedroom wall. 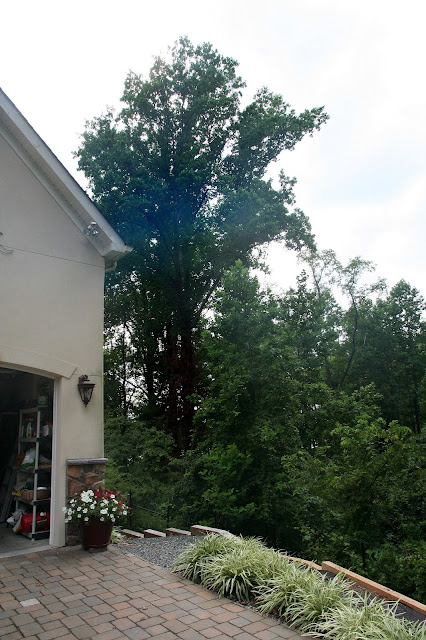 I took the photo above to show the permit office, because you need to get permission to cut any trees, and I call these 'hazard' trees which makes it easier to get permission.  The permit costs $180.00...our lives and the lives of those we love...priceless. 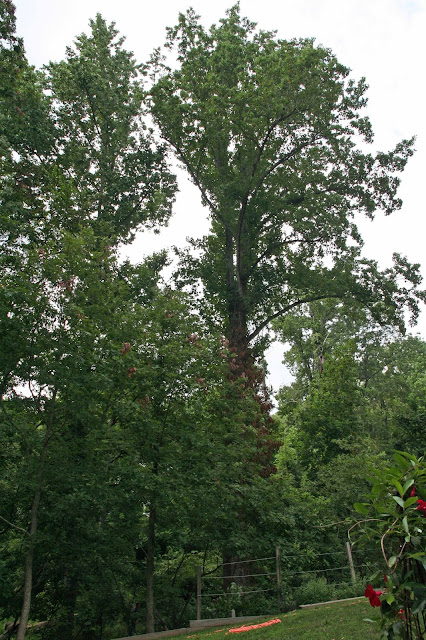 This photo is from behind the house and there are actually three trees we had to remove.  Two are very close on the right side of the photo.  The third is the one that appears to be leaning right beside it. 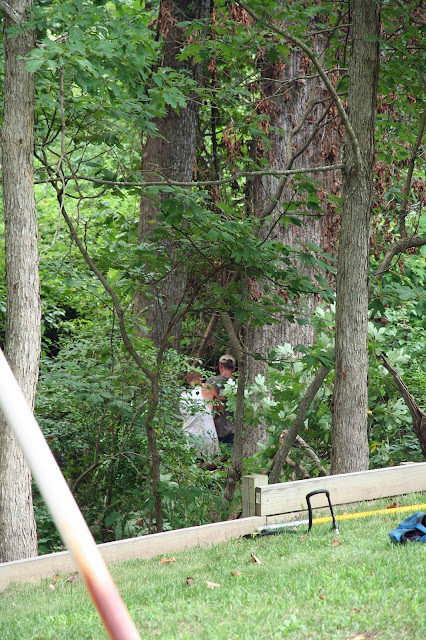 We asked our neighbor for a good company and he sent us these good old boys.  I use this term with the greatest of endearment...because they really are!

They use a slingshot with a weighted bag to shoot through the branches of the tree they wish to down.  It was not going to be topped or cut up for firewood.  We just wanted a safe 'drop', which is cheaper and safer for all when you have lots of room as we do.  They then feed a heavy-duty rope through the path of the slingshot and pull taught after the cutter cuts the wedge and the other side of the trunk directing the fall. 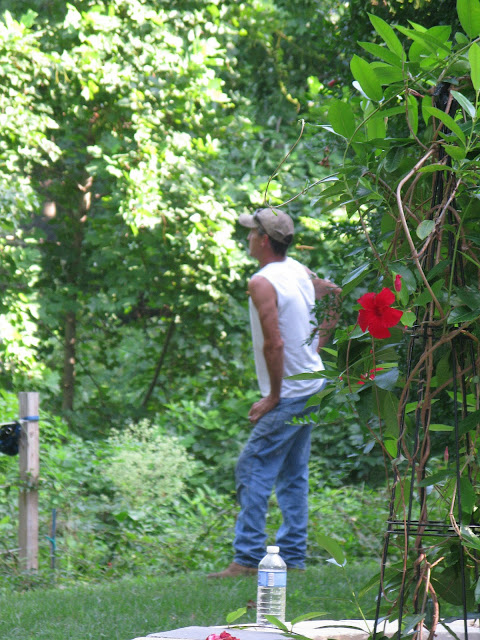 The fellow above who weighed about 90 pounds was in charge.  He was in his 50's and had been dropping trees for decades, one of the few with the skill in the county.  He had been working with some Naval group in his youth and kept apologizing for the four letter words that the crew was using.  He said they were somewhat new and he was trying to train them.  I just smiled.  All I cared about was that they were being careful and concentrating and if that meant they had to swear...so be it.  The trees were tulip poplars which are considered shallow rooted and easy to rot.


As you can hear in this video above (not taken with a fancy movie camera), I was quite impressed and just a little terrified!!  I feel so sad about the great gap that we left in the ravine and the death of these old ones, but I feel so much safer sleeping at night after the ground has been soaked for days and before the arrival of a nasty storm.
Posted by Tabor on Friday, August 16, 2013