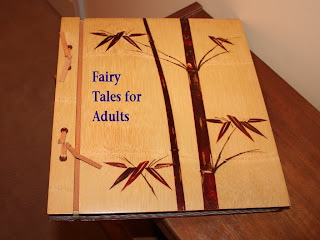 A long time ago (38 years) in a land far, far away (Hawaii) a young prince of a man and a young princess of a woman met and fell in love. The prince and princess were from poorer kingdoms but the paradise of the land in which they found themselves made everything seem possible. When they could remove their noses from thick textbooks, they spent mornings on the white sand beaches, afternoons hiking in the flower-filled rain forests and evenings eating ice cream cones at the edge of posh hotel patios. The world was a magical place in those days before the mortgage witch and the health demons had found them. They had known each other only three months, but knew they were soul mates for the rest of their lives. Throwing caution to the ocean breezes, as only the young can do, they made plans to marry.

Their marriage ceremony was held in a small local church and the wedding guests, none from their bloodlines unfortunately, ranged in age from the late 70's down to 10 years of age. This was certainly a good omen. The ceremony was smooth except for the slight loss of voice on the part of the Prince when he had to say "I do" which he managed to squeak out eventually. The Princess was slightly dismayed, but told herself it was just nervousness. 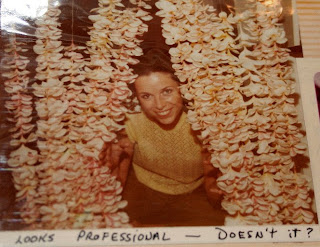 The celebration, held in a nearby hotel lanai at the edge of the ocean, went on late into the evening filled with fresh seafood and fresh fruits. One hundred flower leis, that had been made by hand by the determined couple, filled the air with a tropical fragrance that could not be described. You may ask how can a poor couple afford 100 leis? (Cemeteries in Hawaii are filled with plumaria trees.) You may also ask how can a poor couple store 100 leis until their wedding day? (The University of Hawaii has a walk-in refrigerator in the biology department!)

Late in the evening, the celebration finally came to an end and the couple retreated to a nearby motel to sleep a few hours before their early morning flight to the Big Island for a rustic (camping) honeymoon.

The prince had made reservations at the rustic but charming Pohakuloa cabins in Mauna Kea State Park and after renting a chariot at the airport they made plans to stop in the small village for food to take to the cabin.

This chariot was a luxurious Volkswagen Bug...the premium choice of transportation among the young of that generation. It did not have air-conditioning as very few chariots did on those days, but the moderate climate of the Big Island was very comfortable. With the windows open and the little "wing" window (this design did not survive the 70's) pushed out to bring air directly inside to the driver, the happy couple were off quite speedily.

The drive was pleasantly uneventful for the first 20 minutes or so. Then, as happens in real life, without warning everything changed. The prince violently started pumping the brakes, placed both hands over his face, jerked violently forward and backward, and cried out as if in agony. The princess froze in confusion and dismay as the car bumped dangerously to the side of the road and then came to a complete stop. In the immediate silence except for the cries of the prince, the thought crossed her mind that she had known this prince only three months. What had she been thinking? What did she really know about him? What did she know about his bloodline? Was he having some seizure? Did he have some family illness that she had not known?

Eventually a semi-calm returned to the prince and with water-filled eyes he turned to the princess and said, "I have been bit by something!" The left side of his upper lip was red with a small pin mark, and after some discussion, the couple determined that a bee had hit the "wing" window and had been impaled on his face.

Then the discussion turned to allergies, the tenderness of the lip tissue and the dangers of that. The Prince did not think he was allergic to bee stings, but he was beginning to feel strange and weak. There were no royal physicians for miles but they determined that a military encampment was not far ahead, and perhaps, they could persuade a medic to take a look at the damages. They reached a nurse who checked all vital signs, gave the Prince a shot, and also wrote a prescription for some allergy medicine.

The royal couple hurried to the nearby store with curatives and purchased the potent brew. The prince took a hearty dose and immediately fell asleep in the back of the chariot. The responsibility for navigating through the forests to the small cabin then fell on the delicate but not timid shoulders of the princess. She held back her tears and concerns as she made her way up the side of the volcano to the primitive--hardly palatial--honeymoon cabin. 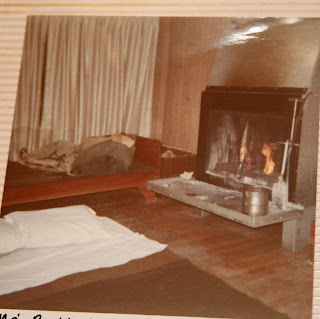 Upon finally reaching their destination, the royal couple unpacked their food and minuscule belongings and entered the rustic cabin. Two sleeping bags were placed on the floor and both collapsed into the reality of marriage. The princess tried to gently kiss the prince good night, but even that proved too painful an exercise. As the prince drifted into a deep sleep, the princess counted both her tears and the ants crossing in a line on the floor toward her sleeping bag. 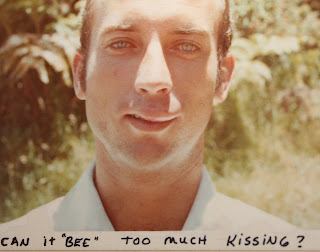 (The rest of the honeymoon ?...Well, that is another long story for another day.)
Posted by Tabor on Monday, November 10, 2008